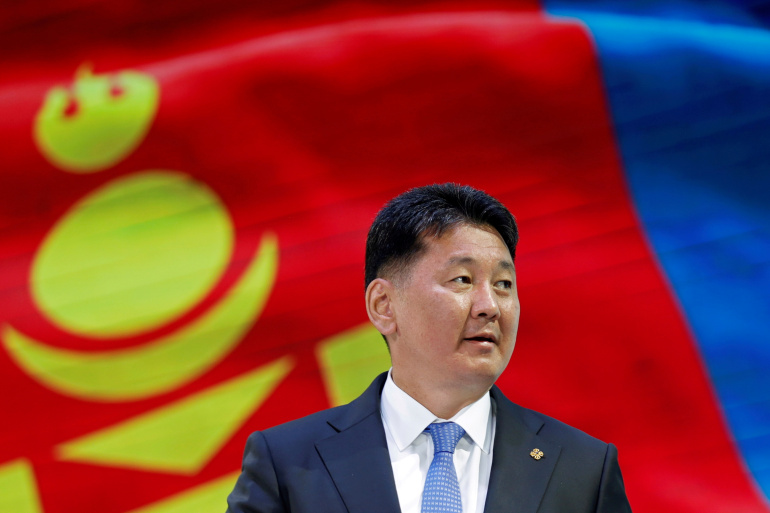 The country went to the polls on Wednesday to replace populist businessman Battulga Khaltmaa -- a former world champion in the martial art of sambo who cannot run for a second presidential term under constitutional rules.

In the early hours of Thursday, former PM Khurelsukh Ukhnaa declared a decisive victory after getting nearly 70 percent of votes cast.

"From the bottom of my heart, I thank my fellow Mongolians," he said.

Enkhabat Dangaasuren, his main rival, gathered only around a fifth of the votes and conceded defeat. An official announcement of the results is expected Thursday afternoon, according to Mongolia's state news agency.

The strong showing marks a turnaround for Khurelsukh, who has cultivated a macho persona and has in the past posed shirtless with a hunting gun -- similar to the famous images of Russian leader Vladimir Putin.

Khurelsekh also got the nickname "Fist" after a video of him punching a member of parliament went viral in 2012.

This is the first presidential win in 12 years for his Mongolian People's Party -- but voter turnout was just 59 percent out of around two million eligible voters.

Landlocked Mongolia, located between China and Russia, has struggled with political instability since it became a democracy. Its first constitution was passed in 1992 after decades of communist rule.

His main challenger Enkhbat, an internet entrepreneur who largely appealed to the country's youth, only got around a fifth of the votes.

His momentum was squashed when he tested positive for the coronavirus during the election campaign and was forced into quarantine.

Gerelt-Od, senior lecturer at the Mongolian National University of Education, told AFP that low turnout was a sign of apathy towards all parties.

Infighting among the rival parties and Covid-19 restrictions are also being blamed for the sluggish turnout.

Mongolia introduced some of the strictest early measures against the virus and achieved early success in keeping numbers low.

But cases have soared in recent months, although there have been impressive high rates of vaccination.