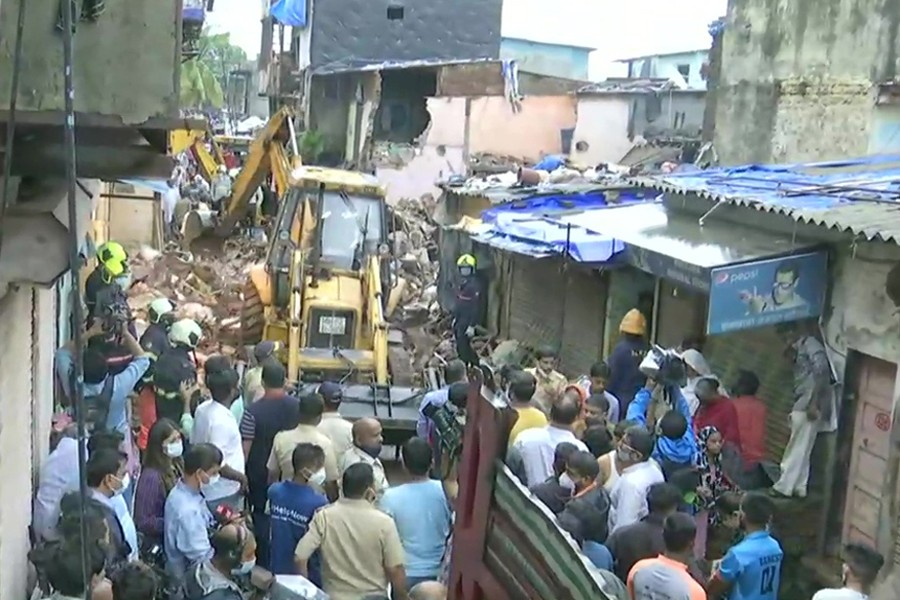 Maharashtra Minister Aslam Shaikh, who has also reached the incident site, said, "Buildings have collapsed due to rain. Rescue operation is underway. Injured people have been shifted to the hospital. Debris of the buildings is being removed to see if more people are stuck under it."

Siddiqui, a local present at the spot, said that the incident took place around 10 pm.

"The incident took place around 10:15 pm. I came out after two persons asked us to leave the building. As I was rushing out, I saw three buildings including a dairy had demolished near our building," he said.