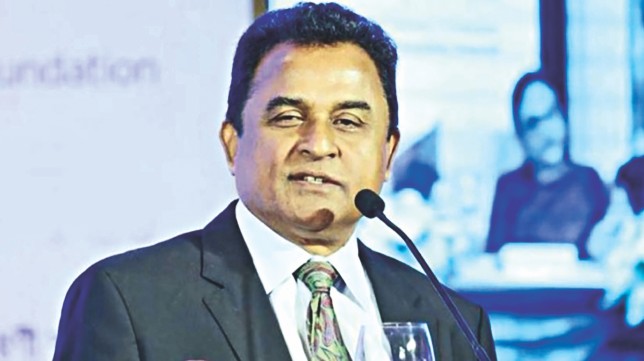 Refuting a subdued growth forecast of the World Bank (WB), Finance Minister AHM Mustafa Kamal on Wednesday insisted that Bangladesh GDP growth will be more than 6.1 per cent in the outgoing FY21, the highest in South Asia.

“We’ve to see first whether World Bank’s predictions were correct in the past. We’ve not seen any similarity of those forecasts with reality even after some plus and minus,” the finance minister said after a Cabinet Committee meeting.

Kamal’s comments came a day after the global lender made a new forecast on Bangladesh economy that its growth will slum to 3.6 per cent in outgoing FY21.

It also said the growth will rebound to 5.1 per cent in FY22 mainly driven by higher consumption and resumption in economic activity, RMG exports and low inflation.

“We hope that we will be able to achieve the growth projected for 2021-22 fiscal year. We’re also expecting a 6.1 per cent growth in the current fiscal year,” he stated.

About the ground for his confidence for a 6.1 per cent growth in FY21, he referred to positive turnover in macro-economic indicators in the ending months of May and June.

“This growth will be the highest in South Asia. It is a matter of some days only. You will see whether it is correct or not,” an upbeat Kamal said.

Defending the proposed budget, the finance minister said the budget has no weak side.

“The budget has no weakness. To me all are strengths,” he remarked in reply to a question. The finance minister placed a Tk 6.03 trillion national budget for FY22 in the parliament on Thursday last with a 6.2 per cent deficit.

Kamal also rejected private organizations’ data on new poor created in the last one year due to the corona crisis.

"I do not accept this data on new poor. It is important to know the source of the data list, which says the country has 2 crore or 1 crore or 10 crore new poor," Kamal told reporters in reply to a question.

The research bodies and economists claimed that some 20 to 25 million people slipped to the poor segment during the last one year after losing jobs and earning sources due to the impacts of the pandemic.

Over the last one year, BRAC Institute for Governance and Development and Power and Participation Research Centre, Centre for Policy Dialogue (CPD) and South Asian Network on Economic Modeling (SANEM) found in their surveys that poverty rates rose by 35 per cent to 43 per cent as many lost income opportunities in the wake of countrywide shutdown and resultant economic slowdown.

The state statistics agency Bangladesh Bureau of Statistics (BBS) has not conducted any survey during the pandemic and it maintains the poverty rate at 20.5 per cent of the population.

The finance minister said he cannot accept the statistics from others unless those are validated by government bodies like the Bangladesh Bureau of Statistics and Bangladesh Institute of Development Studies.

He, however, declined to make any comments as to whether Bangladesh will get the Chinese Covid-19 vaccine on time, saying that the issue was not discussed in the meeting.