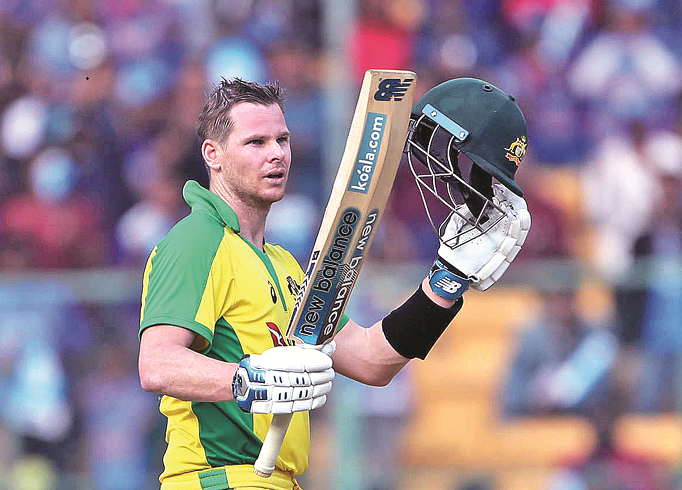 Australia are likely to take an extremely depleted touring party to West Indies and Bangladesh with a host of leading players considering pulling out of the white-ball series, according to several media reports.

The Age and Herald, two leading media outlet of Australia, revealed that Cricket Australia’s decision to add six players to a preliminary squad for the tours was made on the back of doubts about whether at least seven of the country’s top players will head to the tour or not, which forms a key part of Australia’s preparation for the Twenty20 World Cup this year.

It was earlier reported, Pat Cummins - whose fiancee is pregnant - and David Warner could both miss the tour, having endured weeks in bubbles and quarantine over the summer and during the suspended Indian Premier League.

However, sources close to the team have confirmed they include former captain and superstar Smith, explosive batting pair Glenn Maxwell and Marcus Stoinis and pacemen Jhye Richardson and Kane Richardson among others to miss the tour.

While all seven of the players in question took part in this year’s IPL, the circumstances surrounding each of these players is different, with some dealing with the mental toll of repeated bubbles and quarantine periods, and some battling physical concerns.

The additions of Ben McDermott, Dan Christian, Cameron Green, Ashton Turner, Wes Agar and Nathan Ellis has taken the preliminary squad to 29 players, with the group set to be trimmed in the coming weeks ahead of the touring party’s departure to the Caribbean late this month.

Christian and McDermott have called short their county stints in the United Kingdom to return to Australia to ensure they can complete two weeks of quarantine before heading to West Indies.

Marnus Labuschagne will remain with Glamorgan, with CA deeming it was not worth him going through several quarantine periods for a tour that consists largely comprised of Twenty20 internationals rather than one-day internationals.

CA selection chief Trevor Hohns said they had spoken to players in the initial 23-man squad in recent weeks.

“During the course of those discussions, it has become clear that recent experiences abroad, including but not limited to extended periods in bio-secure hubs and hard quarantine, have had an impact on the health and wellbeing of some players and their families,” Hohns said.

“CA has maintained that the wellbeing of players, staff and officials is a top priority, and never more so than during the Covid-19 pandemic given the extraordinary challenges it has placed upon international athletes and sporting teams,” he added.