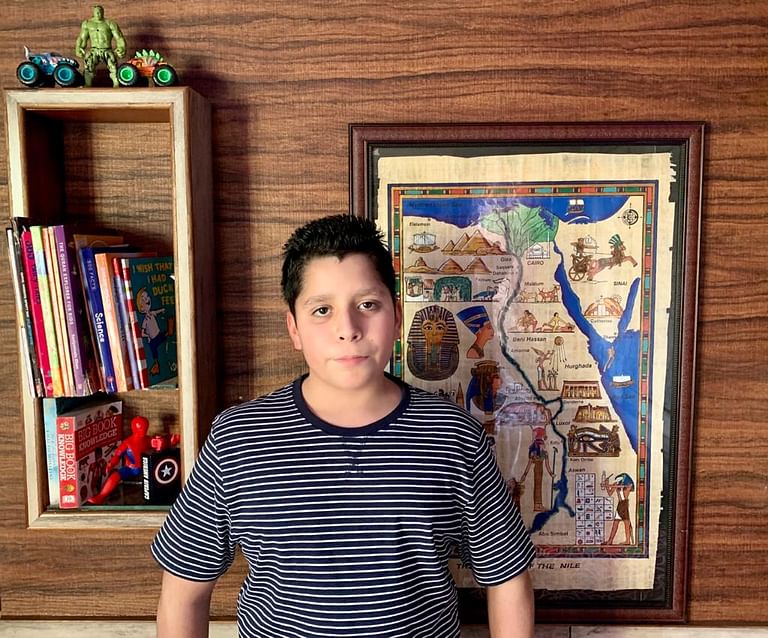 A 10-year old boy from Srinagar has created a world record by identifying flags, countries, capital and currencies of 195 countries in 9.26 minutes.

Class 6th student of Tyndale Biscoe School Srinagar, Abdul Aleem appeared in an online show and took everybody by surprise by displaying his excellent memory power by identifying flags of 195 countries, their capital and currencies and continents in less than 10 minutes.

During the show, the host, Abha Jadhav, an experienced educator for two decades, displayed the flags of 195 countries and Aleem named the countries along with their capital and currencies. Besides he named the continent to which the country belonged.

After creating a world record, Aleem during his online show said “he was inspired by his maternal uncle who is settled in the US.”

Aleem has been rewarded by the title of "Junior Flag Master" and he is the fastest and youngest to set this record.

Aleem’s father Aijaz Ahmad and mother Iqra who joined the online session said “Aleem has no introduction with movies or watched any movie till the recent lockdown was imposed.”

“He is altogether different from the children of the present era. I remember when he was in class 5th he came to me saying that ‘I am bored and I held globe in his hand and he started learning about different countries at that point of time,” said Iqra, Aleem’s mother.

Aleem is presently doing a course on Robotics from NIT Srinagar and has developed several projects including reverse gear sensor and water controller, automatic dustbin and other projects as well.

“Besides having interest in technology he is equally dedicating time to memorising the holy Quran. Till now he has memorized three chapters of the holy Quran,” said Aijaz Ahmad, father of Aleem.

“He is also writing a book on different countries which will be an interesting thing for the present age children,” Aijaz said.

Besides creating a world record in displaying his memory power, Aleem is a well-known swimming player of his school and was awarded with a gold medal in 2018 for his swimming skills. He has been the captain of the football team of his class as well as possesses good skiing skills as well.