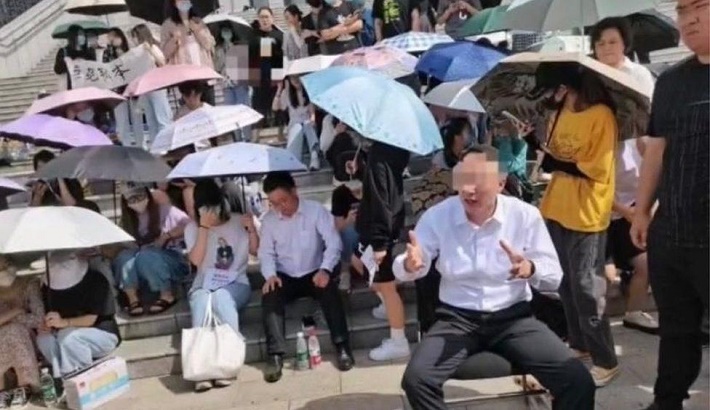 Protesting students held a school principal hostage over fears their degrees would be devalued, Chinese police said on Tuesday.

The protests were over a plan to merge a Nanjing college in Jiangsu province with a vocational institute - which are seen as less prestigious.

Some of the students were reportedly injured as police allegedly used batons and pepper spray on them.

Such protests are rare in China where mass movements are controlled.

All six colleges in Jiangsu province have since said that they would suspend any merger plans which were originally announced in March.

The Jiangsu Education Department had said the decision was to comply with a Ministry of Education directive to transform independent colleges into vocational schools.

The decision has led to protests in four other independent colleges in the province in recent days over similar fears, with "some events of physical confrontation" according to the Global Times newspaper.