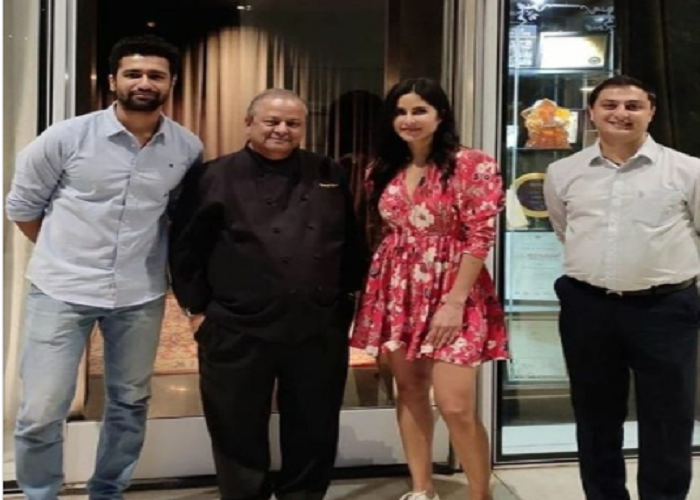 Turns out, Katrina Kaif and Vicky Kaushal are dating after all. We are not saying this but actor Harsh Varrdhan Kapoor did reveal the big secret during a recent interview. Harsh Varrdhan Kapoor recently appeared on Zoom's chat showBy Invite Only and talked about Vicky Kaushal and Katrina Kaif's rumoured relationship. The actor was asked to reveal one Bollywood relationship rumour that he believes is true. He said, "Vicky and Katrina are together, that's true." He added, "Am I going to get in trouble for saying this? I don't know. I think they're quite open about it."

Back in 2019, Vicky Kaushal and Katrina Kaif trended big time after they were spotted at a dinner date in Mumbai. Photos from the date went insanely viral on social media. ICYMI, this is what we are talking about:
Here's where it all began. During an episode of Karan Johar's talk show Koffee With Karan 6 in 2018, Katrina Kaif said that she would "look good with Vicky Kaushal on screen." Vicky Kaushal appeared to faint when he was told about Katrina's statement during the show.

Katrina Kaif was last seen in Ali Abbas Zafar's 2019 film Bharat, co-starring Salman Khan and Disha Patani. She will next be seen in Rohit Shetty's cop drama Sooryavanshi, alongside Akshay Kumar. She will also star in Phone Bhoot.