'Mount Recyclemore' of G7 leaders made from electronic waste in Cornwall 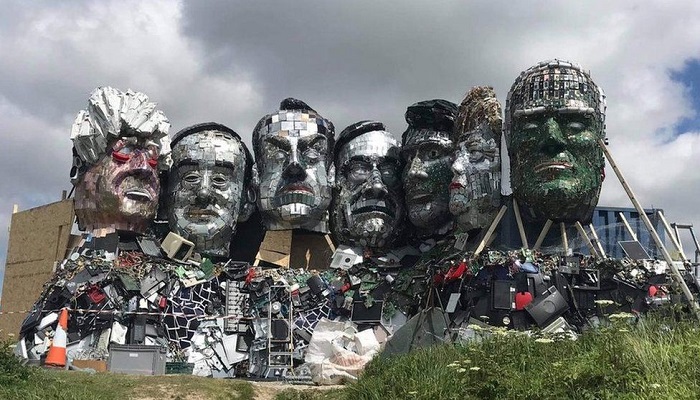 A sculpture of the G7 leaders shaped like Mount Rushmore made of electronic waste has been erected in Cornwall ahead of the G7 Summit.

It has been named "Mount Recyclemore" and bids to highlight the damage caused by the disposal of electronic devices.

Sculptor Joe Rush said he hoped it would show they needed to be made more easily reusable or recyclable.

He said: "It needs to be repairable or made to last longer because the stuff is going into landfill."
According to a United Nations report, more than 53 million tonnes of e-waste was generated worldwide in 2019 - over 9 million tonnes more than five years earlier. 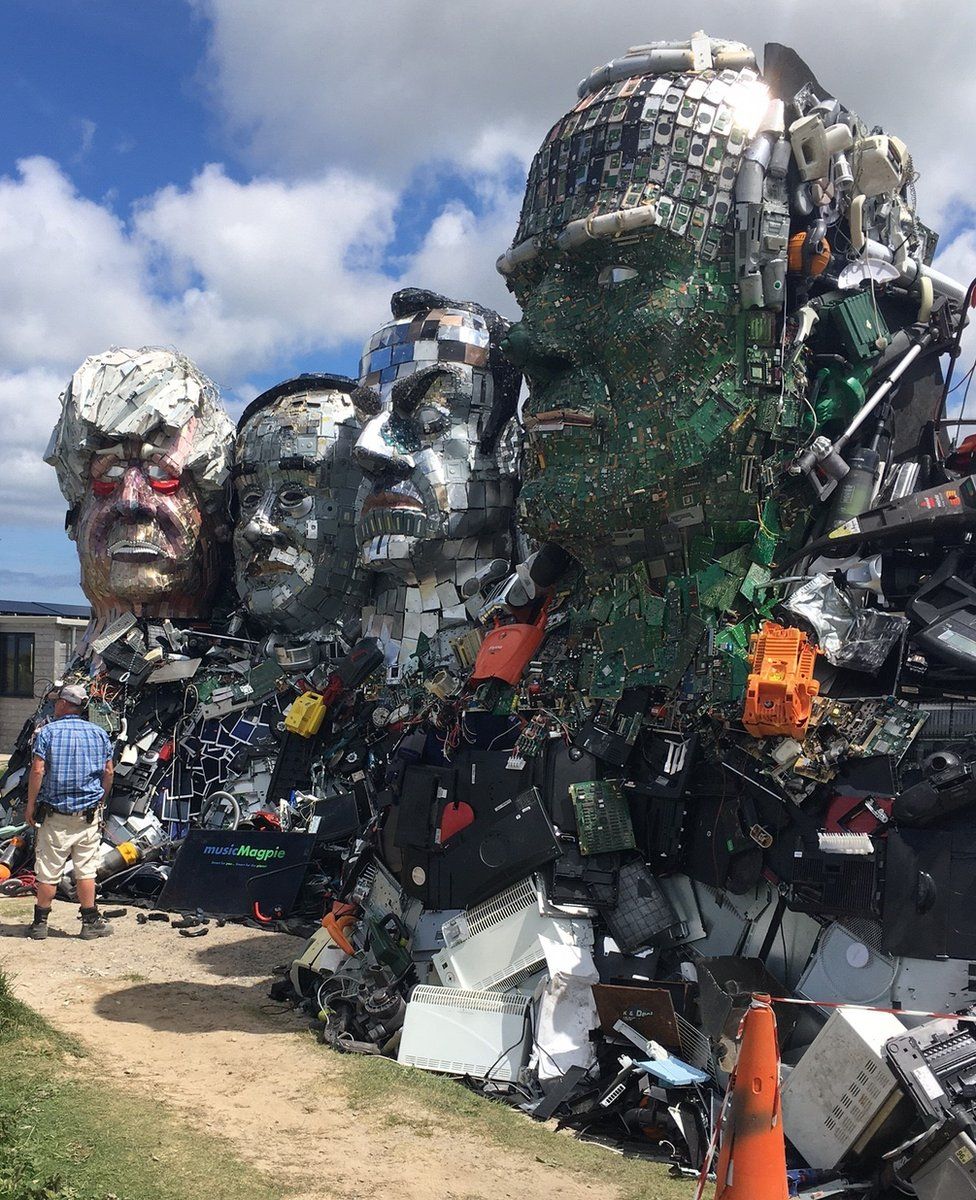 Mr Rush, who was commissioned to create the artwork by musicMagpie, explained the highly-visible location for his piece was chosen across the water from the Carbis Bay Hotel, where the summit is due to take place this weekend, in the hope those depicted would notice "when they fly over".

"We have this looking at them and hopefully we're going to prick their conscience and make them realise they're all together in this waste business.

"The key message is 'talk to each other' and let's sort this mess out," Mr Rush added.