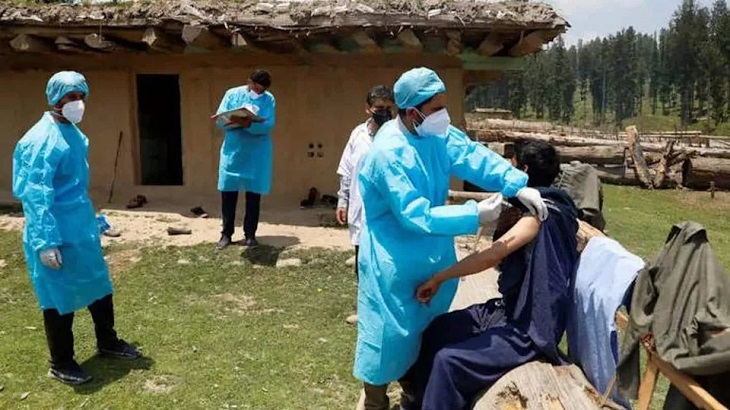 A village in Jammu and Kashmir’s Bandipora district has become the first village in India to vaccinate its entire adult population against COVID-19.

According to PTI, adults in the Weyan hamlet, with a population of 362, have been fully vaccinated.

“The village is only 28 kilometres away from Bandipora district headquarters, but a distance of 18 kilometres has to be covered by foot as there is no motorable road,” an official of the health department told PTI.

Narrating the difficulties faced, the Bashir Ahmed Khan, Chief Medical Officer, Bandipora, told PTI that the village mostly consists of nomadic families who go to higher reaches for grazing their livestock and there’s no internet access in the village for them to book their slots.

Media Advisor to the Lieutenant Governor, Yatish Yadav, took to Twitter to hail the development.

J&K on Tuesday recorded its lowest COVID case rise in two months with 288 patients. Seven deaths were reported from the Jammu division and 689 cases and nine deaths were logged in the Kashmir division while 4,178 patients were discharged from hospitals after recovery.