Two confess crimes in case over trafficking girl to India 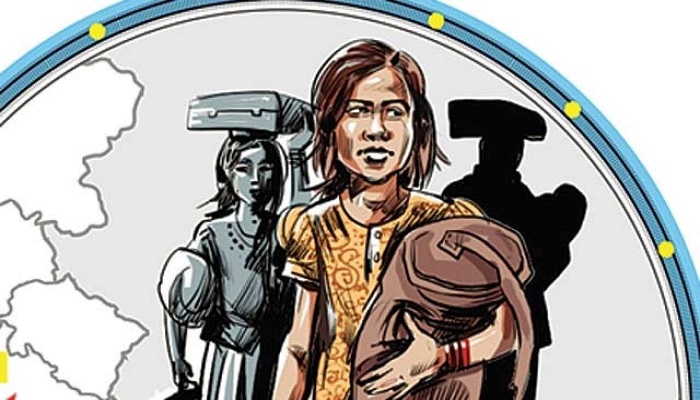 Two accused in a case lodged over human trafficking and pornography, filed by a young girl who was trafficked to India and managed to return home recently, have confessed their crimes before a court today.

Earlier the police produced Mehedi Hasan Babu, Mohiuddin and Abdul Kader before the court. As the first two wanted to give confessional statements, police pleaded to record their statements. The court also sent the other accused to jail, allowing a plea of the police.

Earlier on June 8, Dhaka Metropolitan Magistrate Md Mamunur Rashid placed two other accused Amirul Islam, 32, and Abdus Salam Molla, 36, on five-day remand each in the case. The two were arrested from the bordering area of Satkhira on June 7.

The girl, who managed to escape her ordeal in India after 77 days in captivity and returned home, filed the case with Hatirjheel Police Station against 12 on June 1.

According to the case documents, the girl came in contact with Hridoy alias Tiktok Hridoy in 2019 in Hatirjheel area and Hridoy lured her by promising to make her a Tiktok star. He took the girl to different hangouts and finally smuggled her to India on February 19, 2020, promising her a good job there.