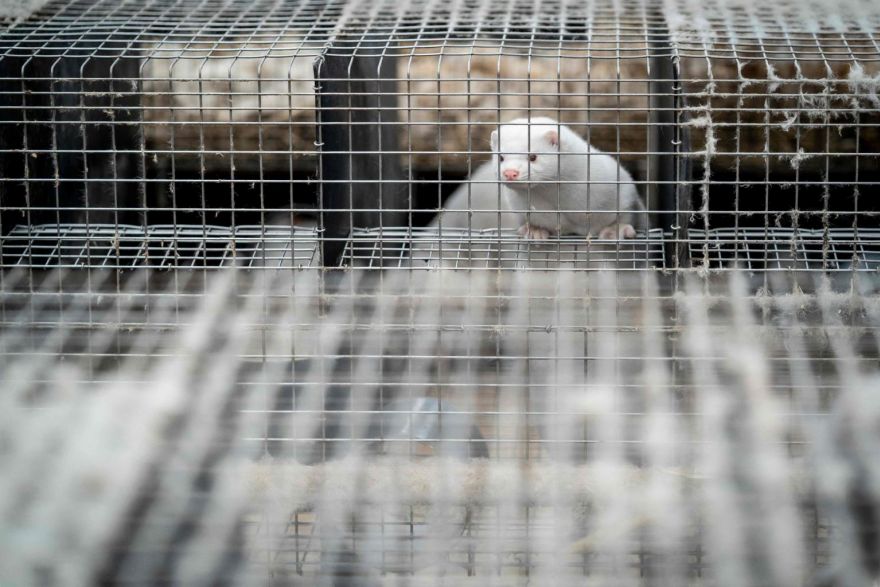 Chinese markets linked to some of the earliest Covid-19 cases were illegally selling a range of wildlife from which the coronavirus may have spread, according to a study published less than two weeks after U.S. President Joe Biden ordered a deeper probe into the pandemic’s genesis.

The hunt for Covid’s origins has become increasingly political amid criticism that the Chinese government hasn’t been open and transparent with key information, including activities in a Wuhan lab studying coronaviruses. The new findings support the conclusions of a World Health Organization-led research mission in early 2021 that concluded SARS-CoV-2 most likely spilled over to humans from animals -- either directly from a bat or via another mammal, possibly one sold at the Huanan seafood and fresh produce market in central Wuhan.

“This report clearly places SARS-CoV-2 susceptible animals smack in the middle of Wuhan,” said Robert Garry, a professor of microbiology and immunology at Tulane University in New Orleans, who wasn’t involved in the research. It’s “a major revelation,” he said in an email.

Access to the detailed data in the study was serendipitous, the researchers said. The findings were based on routine monthly surveys of shops selling live wild animals as pets or for food across Wuhan in the years before Covid-19 emerged at the end of 2019, the authors said. That unrelated study was intended to identify the source of a tick-borne disease.

“While we caution against the mis-attribution of Covid-19’s origins, the wild animals on sale in Wuhan suffered poor welfare and hygiene conditions and we detail a range of other zoonotic infections they can potentially vector,” lead author Xiao Xiao, from the Lab Animal Research Center at Hubei University of Chinese Medicine in Wuhan, and colleagues wrote.

Both wild-caught and farmed non-domesticated species were sold --alive, caged, stacked and in poor condition -- by 17 vendors, the researchers said. None posted an origin certificate or quarantine certificate, “so all wildlife trade was fundamentally illegal,” they said.

The WHO-led research team reported that market authorities claimed all live and frozen animals sold in the Huanan market were acquired from farms officially licensed for breeding, and it found no verified reports of live mammals being sold around 2019. The market was shut down at 1 a.m. on Jan. 1, 2020.

“This paper is affirmative evidence that there was obfuscation regarding which animals were being sold at the wet markets in Wuhan,” Garry said.

Before the ban, most stores offered butchering services, done on site, with considerable implications for food hygiene and animal welfare. Marmots, selling for more than $25 a kilogram ($11/pound), were the most expensive, while raccoon dogs and badgers were priced at about $15–to-$20 a kilogram, the researchers said.

“This group was able to learn a huge amount from vendors in these stalls, who were even willing to discuss openly that they were selling illegal wildlife,” said Michael Worobey, head of ecology and evolutionary biology at the University of Arizona in Tucson, who wasn’t involved in the study. “It is hard to imagine them being so transparent with government authorities or even the the WHO. This serves as a reminder that less ‘official’ investigations can play a huge role.”

While the prevailing theory among virologists is that Covid-19 originated in bats and made its way into humans via an intermediary animal, efforts to pin down the details or identify any infected animals have been unsuccessful for the past year and a half. In part because of that futile attempt, combined with restrictions from China in the effort to gather information, some scientists have started calling for a more detailed investigation into the lab-leak theory.

President Biden directed his intelligence agencies to delve deeper into the issue last month, after he received a report on the origins earlier in May that detailed the scientific divide over whether SARS-CoV-2 arose naturally in animals or if it was leaked from the Wuhan Institute of Virology, one of the world’s foremost laboratories working on coronaviruses.

Biden asked for another update in 90 days.

Any finding of a coronavirus closely related to SARS-CoV-2 circulating in wild animals would likely quell suspicions that the pandemic virus was created in a lab, said Joel Wertheim, an associate professor of medicine at the University of California, San Diego, who studies viral molecular epidemiology. Still, there’s no guarantee such a virus will ever be found.

“We don’t even know, if there’s an intermediate species, which one we’re looking for,” he said over Zoom. “And also, if it was in a market beforehand, it’s not anymore.”