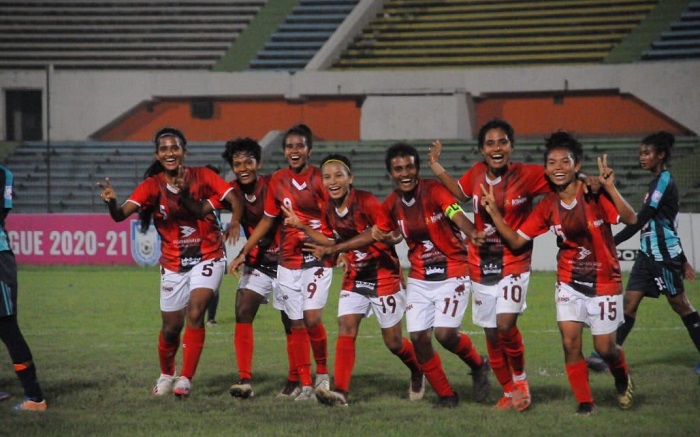 On Tuesday, Krishna Rani Sarkar, Sabina Khatun and Ritu Porna made one hat-trick each in the day's goal fest match.

Nasrin SA got another blow while Sumi Rani scored an own goal in the 83rd minutes.

The holders are now consolidating  the 8-team points table with 21 points and maintaining the winning streak for the last seven matches of the first leg.

Coming from 0-1 goal behind, Kanchijhuli Sporting Club played a 1-1 draw with Cumilla United at the same venue.

Amena Khatun netted the equalizer in the 71st minute after Rojina Akter taking the lead in the 13th minute.