India has lost 90pc of the area under its biodiversity hotspots: CSE 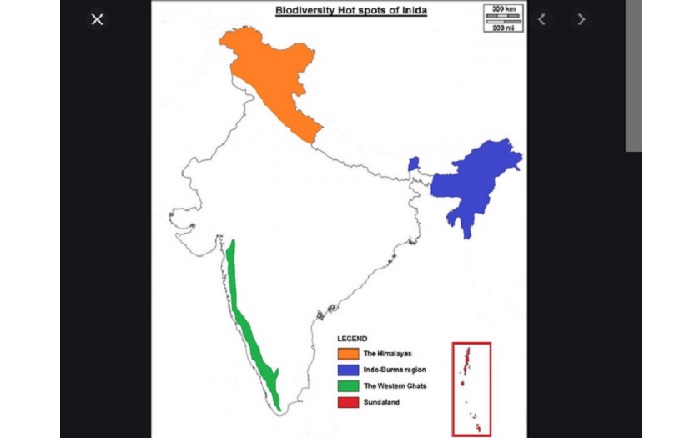 India has lost 90 percent of the area under its four biodiversity hotspots where twenty five species have gone extinct.

The Indo-Burma hotspot is the worst hit -- the extent of vegetation in the region has been reduced from 2,373,057 sq km to a mere 118,653 sq km, a loss of 95 percent, says Centre for Science and Environment’s (CSE’s) new statistical analysis on Tuesday.

The International Union for Conservation of Nature’s (IUCN) Red List monitors 1,212 animal species in India – the IUCN says over 12 percent of them are endangered. Of the 148 endangered species, 69 are mammals, 456 amphibians and 23 reptiles.

These ominous statistics have been brought to light in an e-publication released here on World Environment Day by CSE. State of India’s Environment in Figures 2021, as the e-publication is titled, is an annual compendium of data and statistics on key issues of environment and development.

Releasing the e-book, CSE Director General Sunita Narain said, “There is drama in numbers, especially when these numbers give you a trend—are things getting better or worse. It is even more powerful when you can use the trend to understand the crisis, the challenge and the opportunity.”

The CSE report points out that 16 states, including Odisha, Madhya Pradesh, Chhattisgarh and Uttarakhand, have witnessed a significant rise in number of forest fire alerts. It says: “India has seen a drastic rise in forest fires since the start of 2021. As of May 1, the number of fire alerts recorded by the Visible Infrared Imaging Radiometer Suite (VIIRS) is 433,581.”