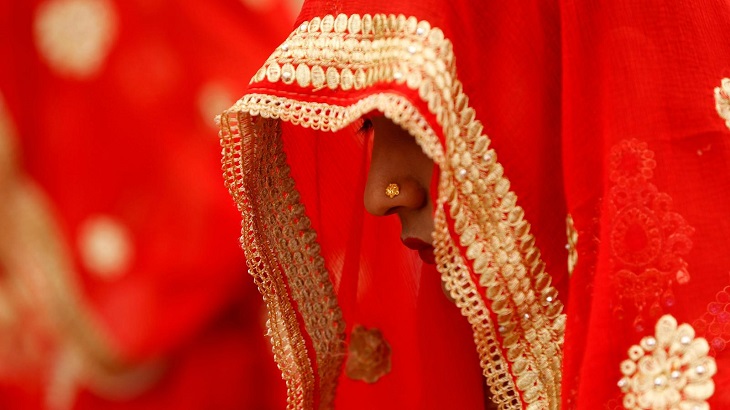 Recent months have seen a spike in the reporting of forced religious conversion of abducted Hindu girls in Sindh, later married to their abductors. According to local media reports, the first quarter of 2021 witnessed over a dozen cases of minor Hindu girls falling prey to such atrocities. According to Pakistan’s last Universal Periodic Review (2017) to the UN Office of the High Commissioner for Human Rights (OHCHR), on average 20 or more Hindu girls are abducted every month in Pakistan, to be forcibly converted to Islam and then married off to their abductors.

A catalyst for change in the fight against impunity on forced marriage can be the work of the International Criminal Court (ICC). Earlier this year in February 2021, the ICC issued a judgment in the case of Lord’s Resistance Army (LRA) commander Dominic Ongwen for crimes perpetrated in Northern Uganda. As a crime within the jurisdiction of the court, Dominic Ongwen was charged with forced marriage as an inhumane act constituting a crime against humanity. The pretrial chamber held that Dominic’s act of forcing women to serve as conjugal partners to himself and other LRA fighters constituted inhumane acts under Article 7 of the Rome Statute, which intentionally caused great suffering and serious injury to the body, and the mental and physical health of victims.

The decision stated that the central element of forced marriage is the imposition of marriage on the victim; imposition regardless of the will of the victim, duties that are associated with marriage as well as the social status of being the perpetrator’s wife. The pretrial chamber further stated that the element of exclusivity of this conjugal union imposed on the victim is the characteristic aspect of forced marriage and was an element that was absent from any other sexual and gender-based crime.

It was the very first time that the ICC found somebody guilty of forced marriage as a crime against humanity. This was also the very first time that forced marriage was categorized as a crime distinct from any other forms of sexual violence as it seeks to criminalize the act of imposing a marital status over a person. The serious impact of such crime on the physical and psychological well being of victims was also recognized. The decision also sheds light on the fact that the victims had no other option than to become bush wives, as they had no leverage to negotiate and could not escape for fear of being killed.

Through its decision, the ICC has sent a clear message to the international community: forced marriage committed as part of systematic attacks against civil liberties is a crime against humanity. The ICC has also marked significant achievements in advancing accountability for sexual and gender-based crimes and contributed to the development of gender justice under international criminal law. Decisions such as these emphasize the need to integrate a gender perspective in all aspects of the ICC prosecutors’ work.

For the growing number of cases of forced conversion and marriage in Pakistan, unlike sexual slavery, forced marriage implies a relationship of exclusivity between husband and wife, which could lead to disciplinary consequences for a breach of this exclusive arrangement. Forced marriage also violates the independently recognized human right to consensual marriage and to establish a family. In addition to harms related to sexual slavery itself, and the element of the crime of being a ‘bush wife’ and children being born out of forced marriage, victims also suffer long-term social stigma by association with the perpetrators and face difficulties reintegrating in communities.

In Pakistan, girls as young as 12 years old have been assigned to men as wives. While forced religious conversion adds another layer of violence, evidence overwhelmingly demonstrates that an elaborate system of abuse of girls exists within accepted socio-normative structures. The system is consciously maintained through coordinated actions and state negligence. Even though preventing child and forced marriage is an imperative of the state from both a moral and legal standpoint, accountability for these crimes has too often been an exception rather than the rule.

The Dominic Ongwen case in the ICC sets an important precedent in prosecuting sexual and gender-based crimes. States party to the Rome Statute of the ICC hold the responsibility to implement and criminalize forced marriage in their domestic legal framework.

Parliamentarians should use their legislative prerogative to advance ratification and implementation of international and regional instruments that address sexual and gender-based crimes. Parliamentarians can monitor effective implementation of both national and international commitments including target 5.3 of the Sustainable Development Goals (SDGs) which is to eliminate harmful practices such as child and forced marriage. The recognition and criminalization of these crimes in national legal frameworks can help prevent these crimes and contribute to growing gender jurisprudence.

Parliaments should ensure that national and provincial legal frameworks do not condone gender discrimination. A centerpiece to address the problem of forced marriages specifically under domestic law is a legislation that ensures a uniform age for marriage set at 18 years. But this may not be sufficient on its own; there must be administrative, legal and financial measures to ensure its effective implementation. For instance, this could include promotion of registration of marriages and birth, facilitation of women’s access to opportunities of economic empowerment, adoption of judicial safeguards that both partners give their free and informed consent to marriage, and prevention of the use of legal guardian consent or judicial consent, or introduction of sections which ultimately facilitate conclusion of forced marriages.

It is also important to repeal laws that could allow or give rise to child and forced marriages including those that enable perpetrators of sexual crimes to escape prosecution and punishment by marrying their victims.

The writer is a technical adviser to the Women’s Parliamentary Caucus, parliament of Pakistan.