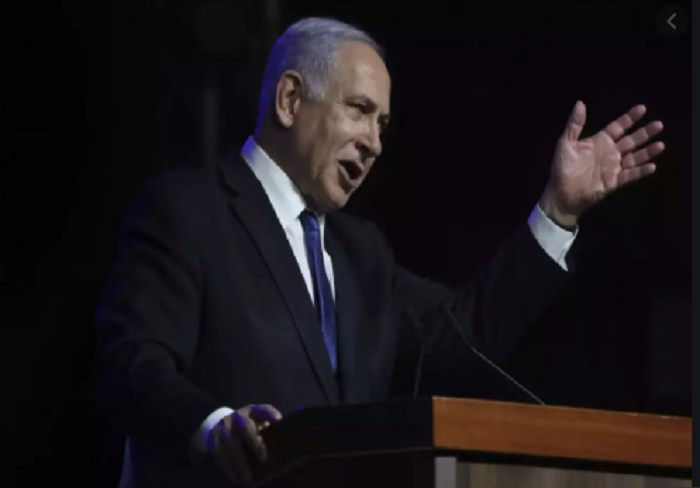 After weeks of political wrangling the Israeli parliament will vote Sunday on whether to install a “change” coalition and end Prime Minister Benjamin Netanyahu’s record 12 consecutive years in power.

Announcing the date for the confidence vote on Tuesday, speaker Yariv Levin, a Netanyahu ally, said “a special session of parliament” would debate and vote on the fragile eight-party alliance.

If the crunch vote hands a majority to the coalition, which is united only by hostility to Netanyahu’s rule, it would spell the end of an era.

The divisive incumbent has dominated Israeli politics for more than a decade, pushing it firmly to the right.

Since the coalition was announced last week, Netanyahu has lived up to his reputation as a ruthless political operator, piling pressure on right-wingers within its ranks to reject this “dangerous left-wing government”.

On paper it commands a wafer-thin majority, but Netanyahu has urged his supporters to shame right-wing lawmakers in its ranks into returning to the fold under his leadership.

If the new government is confirmed, Netanyahu’s right-wing opponent Naftali Bennett would serve as premier for two years, after which the “change” coalition’s centrist architect, Yair Lapid, would take over.

“The unity government is on the way and ready to work on behalf of all the people of Israel,” Lapid, a former television presenter, said in a statement following the announcement of the vote.

Netanyahu, who faces corruption charges that could result in jail time, has refused to go without a messy fight.

Bitter recriminations within the Israeli right and far right prompted Israeli security services to issue a rare warning against incitement online, which Netanyahu’s opponents say was a warning to the prime minister.

Alarm has grown over angry rallies by supporters of Netanyahu’s right-wing Likud party, including protests outside the homes of right-wing lawmakers accused of “betrayal” for joining the coalition. Security has been stepped up for some of the MPs.

The 71-year-old prime minister has rejected allegations of incitement, saying “there is a very thin line between political criticism and inciting violence”.

Bennett, who served as Netanyahu’s aide before turning against him, has urged his former boss to “let go”.

Should 11th-hour defections torpedo the fledgling coalition, Israel would likely have to return to the polls for a fifth election in just over two years.

The Israeli political drama is playing out as tensions with the Palestinians smoulder, with police cracking down on demonstrations over the threatened eviction of Palestinian families from homes in Israeli-annexed east Jerusalem to make way for Jewish settlers.

And a planned flag march by Jewish nationalists was scrapped after police refused to authorise its contentious route through east Jerusalem citing a high risk of friction with residents — though some far-right politicians said they would demonstrate anyway.

“We hope the message is clear so that Thursday doesn’t become (a new) May 10,” he said, in reference to the start of the 11-day war which Hamas launched in response to tensions at the mosque compound, Islam’s third-holiest site, which is also revered by Jews.

Netanyahu convened a late-night meeting Monday with senior government officials to discuss alternatives that could allow the march to proceed — a move that saw his opponents accuse him and his allies of working to ratchet up tensions as his grip on power grows increasingly shaky.

Public Security Minister Amir Ohana, a Likud member, said the final decision on the march would rest with him, and not the police, according to Israeli media.

Labor MP Gilad Kariv, a supporter of the coalition, called the move “another chapter in the outgoing government’s attempt to leave a scorched earth.”