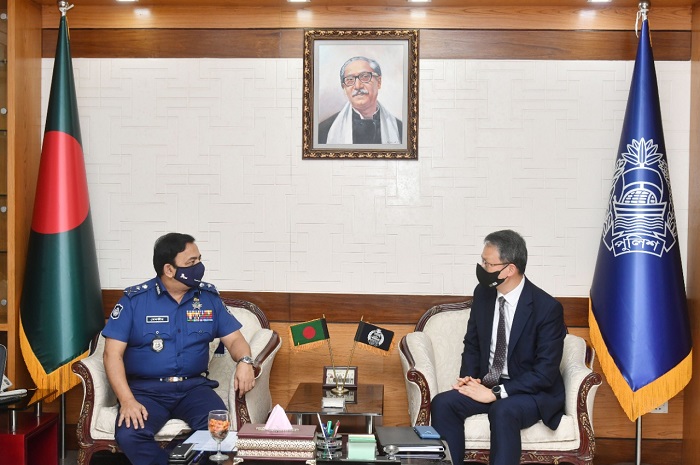 Recognizing the close cooperation between the two countries and the Korean Government’s support in the capacity-building of Bangladesh Police, the two sides discussed the new assistance project by the Government of the Republic of Korea through KOICA titled “Safer Cyberspace for Digital Bangladesh.”

Ambassador Lee expressed the commitment of the Republic of Korea to continuously support the strengthening of the digital investigation capability of Bangladesh Police, said a press release of the Korean Embassy.

Between 2013 and 2016, South Korea provided assistance to Bangladesh in establishing Cyber Investigation Center (CIC) and Cyber Training Center in Dhaka with a total project cost of 3 million US dollars.

Ambassador Lee expressed his appreciation to the Inspector General for the cooperation of Bangladesh Police in assuring the safety of Korean nationals living and doing business in Bangladesh.