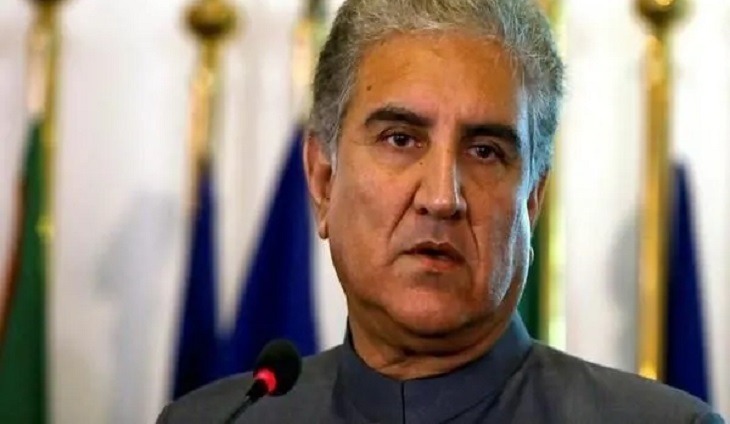 Pakistan's foreign ministry has launched a scathing attack against Afghanistan's National Security Adviser Hamdullah Mohib and called on him to reflect on his statement in which he termed Pakistan a "brothel house".

Addressing a gathering of political workers in Multan, Pakistan Foreign Minister Shah Mehmood Qureshi said: "The national security adviser of Afghanistan carefully listen to me ... as the foreign minister of Pakistan I say that no Pakistani will shake your hand or talk with you if you don't desist from the kind of language you are using or the accusations you're making against Pakistan."

Mohib recent remarks sparked a diplomatic row between the neighbours, which share a nearly 2,600-kilometer border. This comes at a crucial time when US forces are withdrawing from Afghanistan.

Reports suggest that Pakistan has conveyed to the leadership in Afghanistan it will no longer conduct official business with the national security chief because of his recent "abusive outburst" against Islamabad, Dawn reported.

A senior Pakistani official privy to the matter told Voice Of America on condition of anonymity his government would not hold bilateral engagements with the Afghan national security adviser over his recent remarks against Islamabad.

The Ministry of Foreign Affairs of Pakistan had also released a statement in connection with the remark and counted it as a "baseless allegation".

It also added that such remarks undermine trust and mutual understanding between Islamabad and Kabul.

Qureshi alleged that the Afghan NSA was creating obstacles on Afghanistan's road towards peace and trying to worsen the situation instead of improving it.

"Therefore, the Afghan nation and the wise citizens of Afghanistan, who wish for peace, should urge him to reflect on his behaviour because it is not correct."

Qureshi said that Pakistani officials from the prime minister to the army chief to the foreign minister had visited Kabul for peace yet the NSA had still likened Pakistan to a "brothel house".

"You should be ashamed and you should be guilty at your words and my blood is boiling ever since your speech in Nangarhar," he added

"Correct your behaviour and reflect on it. I say this to the international community that if this behaviour continues, then this person, who calls himself the national security adviser of Afghanistan, will actually be playing the role of a spoiler [for peace]."

Pakistan has been long blamed for providing support to Taliban terrorists in Afghanistan.

The UN Analytical Support and Sanctions Monitoring Team to the 1988 Sanctions Committee, which oversees sanctions on the Taliban, in its 2019 report had acknowledged that nearly 5,000 terrorists belonging to Lashkar-e-Tayyiba, which is based in Pakistan, were active in Kunar and Nangarhar provinces of Afghanistan alone. (ANI)