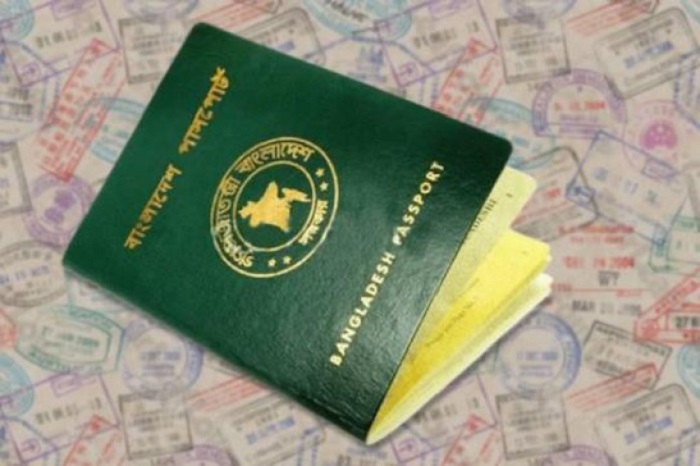 “The Department of Immigration and Passports (DIP) issued 2.99 crore MRPs to the Bangladeshi nationals and 15 lakh MRVs to foreign passport holders since its introduction on May 01, 2010 contributing Taka 12,000 crore to the national exchequer,” Home Minister Asaduzzaman Khan told BSS today.

“No Bangladeshi expatriate returned from abroad due to MRP related problem. Passport wings abroad and regional passport offices are now issuing MRPs maintaining sincerity to minimize sufferings of the MRP seekers,” he stated.

The minister said that the government is working sincerely and efficiently to issue MRPs among expatriate Bangladeshi nationals working or living in different countries, within the stipulated time.

According to an official, the DIP installed software and hardware and established network for issuing passports in 72 Bangladesh missions for the Bangladeshi expatriates and MRVs for the foreign nationals.

Besides, the government has constructed 50 divisional/regional passport office buildings in 47 districts at a cost of Taka 352 crore under three projects aimed at providing better service to common people. The government has also constructed a personalized complex at Uttara with Taka 45 crore.

Meanwhile, the Immigration and Passport Directorate has completed biometric registration of 11,91,724 Myanmar nationals who took shelter in Bangladesh being forcibly displaced by Myanmar troops till June 4, 2018.

The MRP is the largest Information and Communications Technology service in Bangladesh and it has already created massive awareness among Bangladeshi citizens locally and globally, a ministry official said.

Prime Minister Sheikh Hasina on June 2, 2010 launched the MRP and MRV elevating the country’s passport and visa system to the international standard as well as putting an end to tampering of passport and visa and harassment particularly faced by the expatriate Bangladeshi workers.