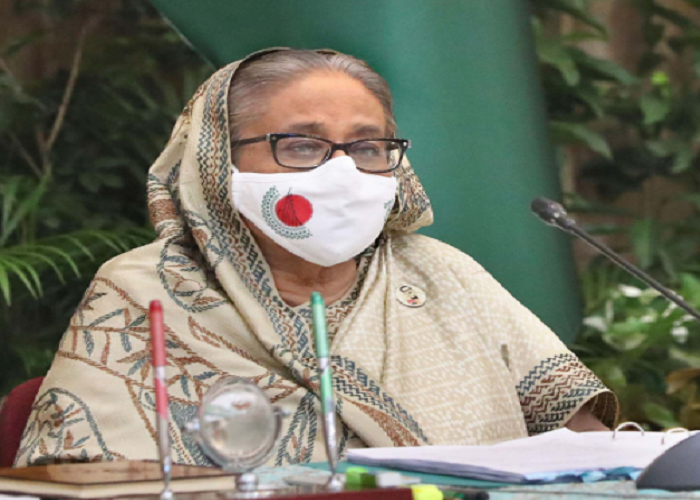 The Executive Committee of the National Economic Council (ECNEC)  approved a Taka 1,400.22 crore project to construct some 30 silos across the country having facility of paddy drying, preservation and other related facilities with an overall storage capacity of 1.50 lakh metric tons.

The approval came from the 26th meeting of the ECNEC held today with ECNEC Chairperson and Prime Minister Sheikh Hasina in the chair.

Briefing reporters after the meeting, Planning Minister MA Mannan said that a total of 10 projects were approved today involving an overall estimated cost of Taka 6,651.34 crore.

“Of the total project cost, Taka 5,219.81 crore will come from the government of Bangladesh, Taka 794.03 crore from the organization’s own fund while Taka 637.50 crore as project assistance,” he added.

The Directorate General of Food under the Ministry of Food will implement the project to this end for constructing 30 paddy silos with an estimated cost of Taka 1,400.22 crore with entire government fund to be completed by December 2023.

The silos will be constructed at 30 upazilas under 24 districts of all the eight divisions of the country.

Mannan said the Prime Minister asked the authorities concerned to build such silos in the southern region of the country especially in Bhola, Patuakhai and Borguna since the production of food grains is on the high in that region.

He said Prime Minister Sheikh Hasina in the meeting stressed again on continuously conducting maintenance dredging of rivers to ensure their navigability.

The premier also asked the authorities concerned not to make any unnatural barrier to the usual flow of water.

The Prime Minister stressed the need for further widening the practice of tissue culture in the country on potato seeds, vegetables and other crops to boost quality production and thus attain self sufficiency in food production.

Referring to the approval of 1st revision of Enhancing training capacity of BPATC with an additional cost of Taka 348.61 crore, Mannan said the Prime Minister underscored the need for making the training of foundation courses to 10 months instead of 2 to 3 months.

The premier also hoped that with the implementation of this project, the operations of BPATC would increase.

Sheikh Hasina also hoped that high quality researches would be conducted at the Bangladesh College of Physicians and Surgeons.

Answering a question, the Planning Minister said that the government is likely to conduct a perception survey again to determine the impact of COVID-19.

Mannan said the River port project in Chilmari would ultimately boost trade and commerce with the neighboring countries.

Replying to another question, Statistics and Informatics Division Secretary Muhammad Yamin Chowdhury said that the BBS does not conduct any instant study to determine the number of poor in the country.

He, however, informed that the last Household Income and Expenditure Survey was conducted in 2016 and the next survey results is likely to be made available within a year.

Yamin also said that the BBS conducts its survey in a scientific way.

The other projects approved in the meeting are: protection of right embankment of the River Jamuna near Brahmangram-Hatpachil and adjacent areas under Shahzadpur upazila of Sirajganj and strengthening of Betil Spur-1 and Enayetpur Spur-2 at a cost of Taka 647.49 crore, rehabilitation of Tangon barrage, Buri embankment and Bhulli embankment irrigation project under Thakurgaon district, riverbank protection and integrated water control infrastructures construction at a cost of around Taka 296.36 crore, agriculture seed development and expansion through bio technology at a cost of around Taka 72.35 crore, and erection of Bakhrabad-Meghnaghat-Haripur gas transmission pipeline involving around Taka 1,304.62 crore.