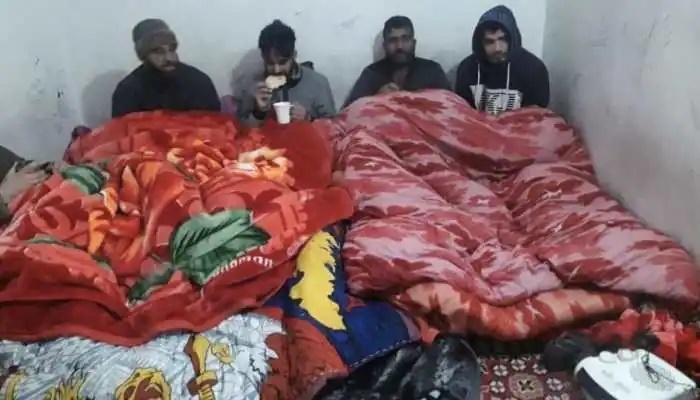 Days after Special Rapporteurs of the United Nations (UN) sought a response from the Government of India (GoI) on an alleged human rights violations in Jammu and Kashmir with the arrest of Peoples Democratic Party (PDP) youth president Waheed-ur-Rehman Parra, we have found that the PDP leader is enjoying all the luxuries in a Srinagar Jail.

Usually, a jail term would typically mean a life devoid of freedom and common luxuries and in accordance with the jail authority rules, however for Waheed, who enjoys all jail privileges in a Srinagar jail. Getting special treatment, have a TV, orders food, Enjoys various comforts is a daily norm. The perks are so high that Waheed is allowed to wear personal clothes and has a separate visitors room.

Inputs with us say that during interrogation he was sitting on the chair, laughing and was well treated by NIA and Jammu and Kashmir Police. He has been given all the privileges. Talks hours on phone with friends. In winters he was enjoying first-class 2-3 blankets, warmer, heater etc.

This all is a blot on the face of the UN whose officials are misusing their positions and defaming the sovereignty, security and directly interfering and challenging Indian law. Hence, The report by UN officials is a nefarious design to malign Indian judiciary and investigative agencies and instead support terrorism in J&K.

Waheed ur Rehman Parra, a close aide of former Chief Minister Mehbooba Mufti and youth leader of peoples democratic party was less of a politician and more of indulging youth towards militancy and was aiding militancy in Jammu Kashmir in the garb of a politician. Court has several times levelled charges against him as “Grave, serious and heinous in nature”.

The UN officials saying Kashmiri leader stripped naked, hung upside down, as reported in the media is misleading and mischievous. Such Malicious reports create false narratives.

Here is the truth :

WHO IS WAHEED UR REHMAN:

Known as a separatist voice in Kashmir who lured youth towards militancy and helped in keeping Kashmir on the boil in the 2016 post-Burhan killing, Waheed is enjoying luxury perks in Jail even after proved as a Crucial player in sustaining the ‘Political – Separatist – terrorist’ nexus in Jammu and Kashmir. It is highly unfortunate that the so-called UN officials are misleading the people about the person against whom is a strong case and the investigation revealed that the charge sheet against Parra accused him of the conspiracy for raising and transferring terror funds to Hizb ul Mujahideen militants for procurement of terrorist hardware. He has channelized funds to the terrorists for sustaining terrorist activities in J&K at the behest of his masters located in Pakistan.