A perennial source of inspiration for youth 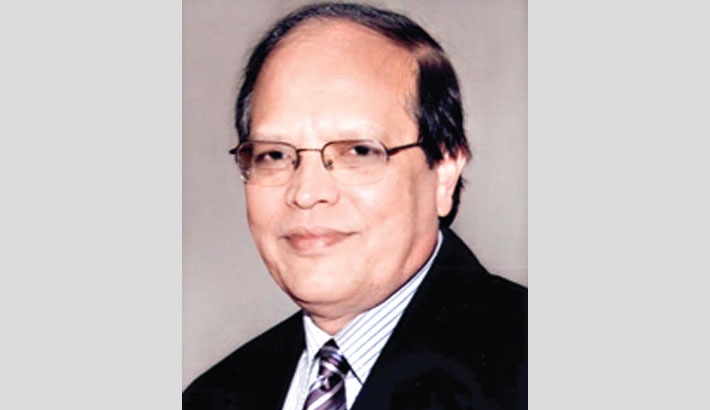 Bangabandhu remains a perennial source of inspiration for the youth even today. He himself was very young when he got involved in national politics. When he first spoke to Shahid Suhrawardy, Mujib was still a school student. That same year, he was elected as the secretary of the Muslim League Defence Committee in Gopalganj subdivision.

Later in 1942 he became closely involved with Muslim League’s politics while he was staying in Baker Hostel in Kolkata. Even though his leaders were Suhrawardy and Bhashani, his companions were all youths. His political career flourished exceedingly in the proximity of the youth when he came to study at Dhaka University after the partition of Bengal.

The language movement gained strength because of the power of youth. Sheikh Mujib became the symbol of this youth-power. Besides being a popular leader among the students of Dhaka University, he was equally a source of inspiration to the youths living in the rural areas. This is reflected in a letter from the students of Gimadanga School, sent to the prison in 1950. The letter, which was preserved by the Intelligence Branch, said that the students were concerned about Sheikh Mujib’s wellbeing.

The students also wrote that he should not worry about his political campaign, as they would carry it forward towards success. (Hasina, Sheikh, editor, ‘SECRET DOCUMENTS OF INTELLIGENCE BRANCH ON THE FATHER OF THE NATION BANGABANDHU SHEIKH MUJIBUR RAHMAN’, Volume-1, Hakkani Publishers, 2018, p.500-501).

Sheikh Mujib received another letter from a Bengali on 6th December 1952. This letter was also preserved by the Intelligence Branch and read,    “Even though I do not know you personally, however, I am very fond of you as a great patriot. Your duty, knowledge, service to the country, great personality, fearless speech, dedication to your duty despite many obstacles and your quality of embracing imprisonment for the sake of the country have fascinated not only me, but most of the people in the country. However, I had also seen your talent 6 years ago in Boalmari Bazar during the election in February of 1946 and I had hoped to work with you back then.” (ibid., Volume-2, p.496).

Another Intelligence Branch report of 23rd February 1960 lets us know that Sheikh Mujibur Rahman was trying to revive his popularity among students after being released from prison. This was a time when the Martial Law of Ayub Khan was enforced. Politics in public was still banned. This report said that Sheikh Mujibur Rahman was “trying to regain his position amongst the students’ after he commented on the observation of Martyrs’ Day by students” (ibid., Volume-6, p.27). The next page of the report says that Mujib along with the students needed to be kept under strict surveillance.

This concern of the Intelligence Branch of Police clearly indicates how deeply enmeshed he was with the youth. He was aware of the strength of youth-power in political mobilization. Hence his bias for the young activists was well placed. It would be no exaggeration to say that Awami Muslim League and later Awami League could transform itself into such a strong political party mainly because of the extra-ordinary leadership qualities of Bangabandhu, who became a magnet for young activists. Bhashani, the founder President of Awami Muslim League, lavishly praised the organizational capacity of Sheikh Mujib and said that he never had another Secretary like him.

Sheikh Mujib understood the value of youth-power from his own experience. When he was on the frontline of leadership during 1954 after becoming a minister for the first time, he carefully examined how the youth could be asset to a state if appropriately trained with skills. The youth were persistently deprived and oppressed during the Pakistan period. Unemployment kept increasing rapidly. The Pakistani elites were not sensitive to the needs and aspirations of the youths. In particular, the accessibility and quality of education were simply awful. So, the youth were vocal against the status quo. In 1952, Sheikh Mujib had his eyes opened about the value of utilizing the youth for nation-building during his visit to China in 1952. Bangabandhu visited schools, factories, farms, and universities to see how this newly liberated country was progressing. He was impressed by their education system which was not simply producing clerks. Instead, it was preparing human resources with appropriate skills for the development of agriculture, industry, and other sectors of the economy (Sheikh Mujibur Rahman, New China, Bangla Academy, 2021, p.77).

An article by Nurul Islam Nahid lets us know how young leaders were attracted to Mujib (see ‘Mahanayak er Durlobh Shanniddho-Onnishesh Prerona’, Uttaran, Mujib Year Special Edition, 2020). He wrote that he had received Sheikh Mujib’s company from the 60s. Nurul Islam Nahid reminisced about the year 1963 when Sheikh Mujib was invited to the conference of Sylhet district Students League. The Students League and Students Union of Sylhet were on friendly terms and would invite leaders from each other’s parties as special guests. When Sheikh Mujib visited Sylhet, there was a public meeting at Registry field in the evening and a cultural program at Sarda Hall at night. Mr. Nahid was a student at Sylhet MC College and the General Secretary of Sylhet Students Union at that time. He was invited to that night’s cultural program and was pleasantly surprised to find that he was sitting next to Sheikh Mujib. He became self-conscious and Sheikh Mujib noticed this. After that Mujib patted his back and said, “Sit straight, how will you become a leader if you are behaving like this?” (ibid., p.83-84).

Sheikh Mujib knew very well that the youth would take the steering wheel during difficult situations including extreme disasters. Which is why on 7th June 1966, he wrote in his diary, “One thing everyone said though was that the hartal had been observed successfully. Apparently so successful a hartal had not taken place ever before – not even on the 29th of September! In my mind it is comparable to Sept. 29. I was saddened by the news of the firings and death though. … I felt strong again eventually and was able to see in my mind’s eye that victory was inevitable; no earthly power could suppress us anymore.” (Sheikh Mujibur Rahman, ‘Prison Diaries’, Bangla Academy, 2019, p.59-60). So much was his trust on the power of youth.

The youth he trusted so much had also honoured him with the title of ‘Bangabandhu’. He was a great inspiration to the youth during the 1969 Mass Movements despite being in prison due to the Agartala Conspiracy case. The All-Party Student Action Committee gave him the title of ‘Bangabandhu’ as soon as he was released from prison following their relentless struggle. Tofael Ahmed was the Vice President of DUCSU during this time and became the convener of the Student Action Committee. He chaired the mass meeting that was held on 23rd February 1969 where Sheikh Mujib was given this title. Reminiscing about that day, he said, "I was saying that 23rd February is the day of my greatest achievement. What more is there to receive in a student's life? I chaired the meeting where more than one million people were present and stood in front of Bengal's undisputed greatest Bengali Sheikh Mujib. … I announced at that time that the greatest son of Bengalis, the greatest Bengali of thousand years, leader of the oppressed, insulted, and deceived Bengalis, Sheikh Mujibur Rahman was titled ‘Bangabandhu’. From then on, he has been our Bangabandhu Sheikh Mujib. Millions of voices echoed – Joy Bangabandhu” (Translated from Bengali) (Tofayel Ahmed, ‘Unoshattur er Gana-Andolon O Bangabandhu’, Transcription: Abu Al Sayeed, Agami Prokashoni, First Edition, 1997, p.33)

Sheikh Mujib slowly mobilized these very youths towards their ultimate participation in the liberation struggle. Sheikh Mujibur Rahman was not physically present during the war. However, he remained as the source of strength for the freedom fighters.  After the country was liberated, Bangabandhu paid attention to the use of the youth-power. Primary education was made free and compulsory. Provisions for vocational courses were made for those who were unable to receive formal education. He also encouraged the educated youth to learn more about agriculture. According to him, students were just as important as the farmers and labourers in building the nation. He addressed the students during a speech he delivered on 9th May 1972 at Rajshahi Madrasa Maidan and said, “And to my student brothers I say, please study. How long will you depend on your parents? There is shortage of money. I know you all are suffering. But keep studying. I have no objection if you take part in movements. We were born from movements. But you must be established. Otherwise, we will not be able to develop the country.” (Edited by Monayem Sarker, ‘Bangali Kantha’, First Impression, Bangabandhu Parishad, 1998, p.306).

He knew that skilled persons were needed to develop the country. He also encouraged the youth towards art, literature, and culture. He sent painter Shahabuddin to Paris on his own initiative so that he could become famous like Picasso. He did all this to help the youth go forward. He might not have had the chance to separately speak to the youth that much. But we see the stimulus for the youth in most of his activities. He had established the Film Development Corporation back in 1956 when he was a minister of the coalition government. This too was to encourage the youth to take part making films. To him, film was not just an industry, but a creative option for the youth in modern days. He also encouraged the young people to participate in sports. He cared about the participation of young women of the country in sports and other fields. Thus, he attended the event arranged by the National Women Sports Federation on the first Independence Day of Bangladesh in 1972. He addressed the young women and said that Bangladesh needed more Federations like the one they had created and asked them to develop it well. He told them to create more branches around the country (Khan, DAH, ‘Jatir Pita Bangabandhur Nirbachito Bhashon’, Vol-2, Ekattor Prokashoni, 2018, p.192).

He also wanted the support of the youth for his second revolution. When he discussed the program for the second revolution on 26th March 1975 at Suhrawardy Udyan he called for the youth and said, “My young brothers, the lives of the Bengali people will depend on the cooperatives that I have formed in villages. You must turn your full pants into half pants. You must give up on Payjamas and wear Lungi. You must work to make these cooperatives successful. I want the youth, the students and everyone else to participate in these cooperatives.” (Translated from Bengali, Monayem Sarker, ibid., p.416).

Not surprisingly, Bangabandhu has been ingrained in the mindset of today’s youths as well. We conducted an online survey on more than 800 youths to know what they thought about Bangabandhu in 2020. We asked them what flashed their mind when we uttered the word Bangabandhu. About 74% of them said that they could visualize the mammoth gathering of March 7, 1971, led by Bangabandhu. Also 65% said that Bangabandhu and independence were two interchangeable words. When we asked why they thought Bangabandhu was unique, 81% replied that his leadership qualities and compassion for the people made him an endearing leader. Another 73% believed that his uncompromising attitude for achieving the goal earned so much respect from all. Yet another 72% believed that his selflessness won everyone’s hearts and at the same time he was a caring leader. All these exceptional qualities made Bangabandhu such an attractive leader to the youth. And this perception of Bangabandhu is immensely significant, as Bangladesh is striving to make itself a success story in all fields of development.