As BNP does not believe in democracy, it boycotts polls: Quader 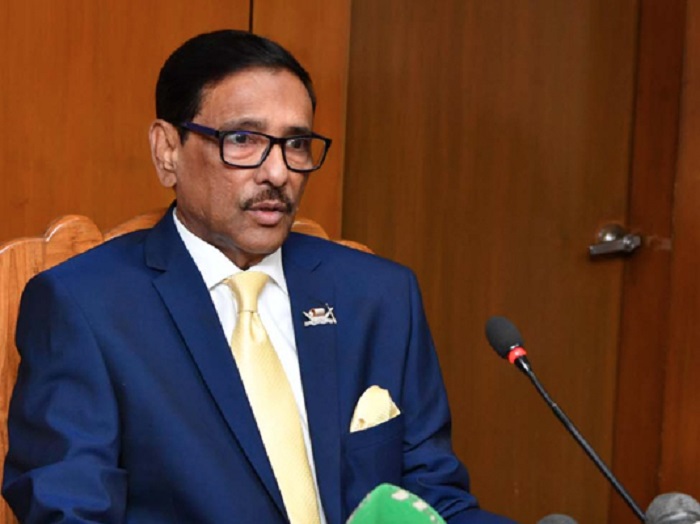 He came up with the remarks while talking to reporters after paying homage to Father of the Nation Bangabandhu Sheikh Mujibur Rahman by placing a wreath at his portrait of at Dhanmondi in the capital this morning.

“They (BNP) boycotts polls…but Bangabandhu joined the 1970 election under the legal framework. Many were worried about this election, But Bangabandhu knew the election was the only way of independence,” he said.

Criticising BNP for not observing the March 7 and the Six-Point Day (June 7), the AL general secretary said Bangabandhu got people’s mandate through the 1970 general election, which helped him get recognised as the proclaimer of the independence.

“Those who do not believe in democracy today are boycotting elections,” he said.

Quader said if BNP believes in the spirit of the country’s independence, it world have observe the important days like the March 7 and the June 7.

Noting that the June 7 is a historic milestone in the country’s independence struggle, he said Bangabandhu Sheikh Mujibur Rahman declared the Six-Point Demand in Lahore on February 5 in 1966 and upon returning home, he started campaign in favour of the Six-Point Demand.

“The Six-Point Demand, known as the Magna Carta of Bangladesh, was the charter of Bangalees’ freedom,” the AL general secretary said.

He said the Bengal’s movement of self-governance turned into the struggle of independence through the Six-Point Movement.

And then Bangladesh achieved independence following a long process – the Agartala Conspiracy Case, the 11-Point Demand Movement, the 1969 mass uprising, the 1970 election and the March 7 speech of Bangabandhu, Quader added.

On behalf of the ruling Awami League, earlier, Qauder along with the senior AL leaders placed a wreath at the portrait of Bangabandhu, marking the historic Six-Point Day.