Body of baby who died in Channel found in Norway 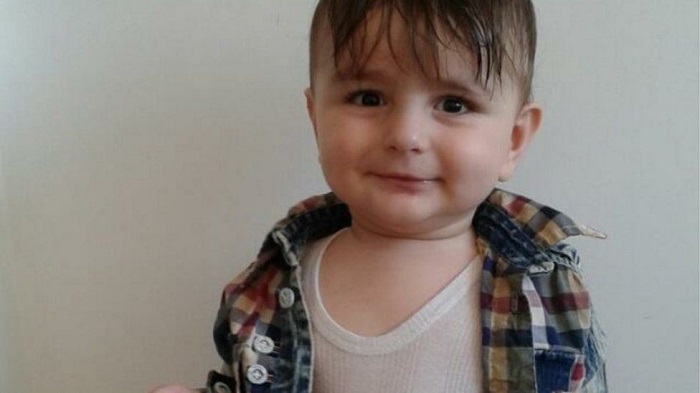 Police in Norway have said a body found on the country's coast earlier this year is that of a missing 15 month old who died in the English Channel.

The child, named Artin, died along with four family members when the boat they were travelling in sank in October.

The Kurdish-Iranian family had been attempting to reach the UK from France.

Relatives of the family have spoken of their grief and confusion as they waited to hear what had happened to Artin.

Now the child's remains will be flown back to Iran to be buried.

On Monday, police in Norway said the body had been found on the country's south-western shore near Karmoy by two officers on New Year's Day.

"We didn't have a missing baby reported in Norway, and no family had contacted the police," Camilla Tjelle Waage, the head of police investigations, told the BBC.

"The blue overall wasn't a Norwegian brand either [and] that indicated the baby was not from Norway," she added.

A DNA profile was then obtained and the family were notified that it was in fact Artin.

The boat carrying the family sank in the Channel on 27 October. Rasoul Iran-Nejad, 35, Shiva Mohammad Panahi, 35, Anita, nine, and Armin, six, all died.

The family were from the city of Sardasht in western Iran, near to the border with Iraq.

Fifteen other migrants were taken to hospital and an investigation into the sinking was opened in Dunkirk by the French public prosecutor.

Nihayat, the second aunt of Artin, was the first relative Norwegian police spoke to. "I'm both happy and sad," she told the BBC on Monday. "Happy that Artin's remains were eventually found, and sad that he left us for good."

Shavin, the child's aunt who lives in Switzerland, said she wanted Artin to be "reunited with the rest of his family". She said they would complete the required paperwork so Artin's remains could be returned to Sardasht.

Shortly after the sinking, the BBC saw a series of text messages believed to have been sent by Ms Mohammad Panahi, including one that acknowledged the danger of crossing the Channel by boat but concluded "we have no choice".

"If we want to go with a lorry we might need more money that we don't have," a second message read.

Another said: "I have a thousand sorrows in my heart and now that I have left Iran I would like to forget my past."

At a camp in Dunkirk, another refugee, Bilal Gaf, said the family stayed close to his tent for three or four days before they left, and described Artin as "famous" among those staying there.

"He was a very happy baby," he said, showing photographs of himself with the child, taken around 10 days earlier.

"People are sad, but what can we do? Nothing. Just cry."

Thousands of Iranian-Kurdish refugees put the lives of their families in the hands of smugglers and go to Europe every year.

The Kurdish region in Iran has faced both political persecution and vast economic disparity.

Between 25 and 35 million Kurds inhabit a mountainous region straddling the borders of Turkey, Iraq, Syria, Iran and Armenia.

They make up the fourth-largest ethnic group in the Middle East, but they have never obtained a permanent nation state.