Passing out parade of new entry sailors held in Khulna 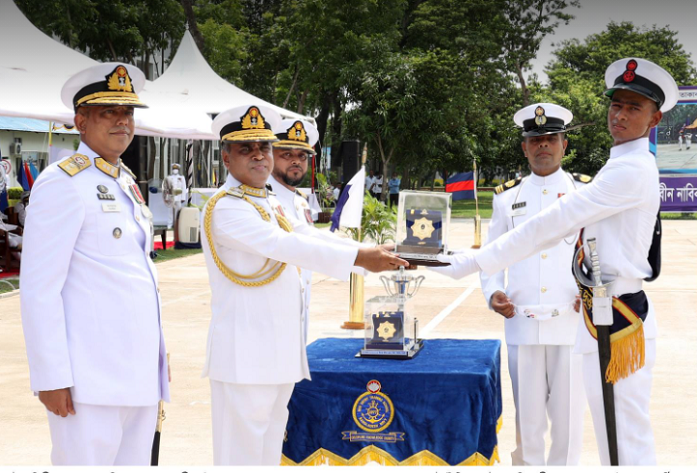 Passing out parade marking the induction of A/2021 batch of 486 New Entry Sailors of Bangladesh Navy was held at BNS Titumir parade ground at Khalishpur in Khulna on Monday.

Chief of Naval Staff Admiral M Shaheen Iqbal reviewed the smartly turned out parade and took salute at the impressive march past as the chief guest. Later, he handed over prizes among the best performers.

Amid the Covid-19 pandemic, the passing-out parade were held in compliance with the health rules as well as social distancing following guidelines of the World Health Organization (WHO) and the government.

In his address to the young sailors, the Chief of Naval Staff said Bangladesh Navy is already well-established as a three-dimensional and up-to-date naval force with the sincere desire and support of the present Prime Minister.

He directed the young sailors to work together for the country with high morale and courage to continue this trend for the development of the Navy and face the challenges of the future. 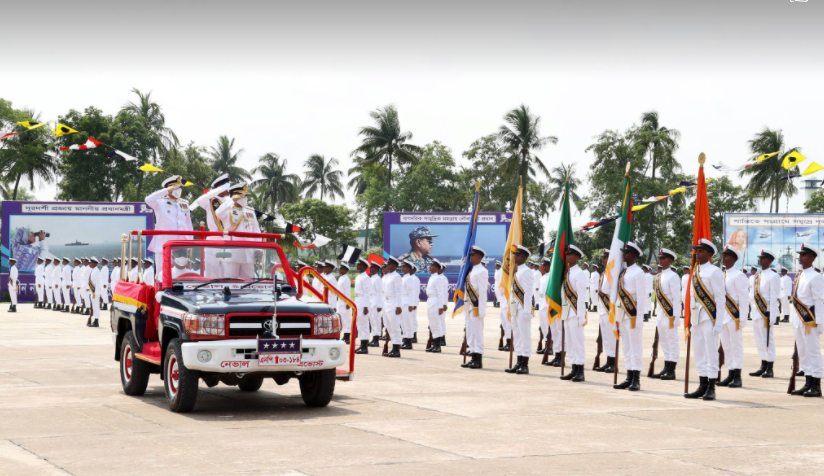 In his speech, he called upon the sailors to develop themselves as competent sailors by utilizing the knowledge acquired from the New Entry Training school at the naval base Titumir and to fulfill their responsibilities on the path of national security and progress by utilizing this training in future careers.

At the same time, he advised them to engage themselves in defending the sovereignty of the country by being inspired by the spirit of liberation war, patriotism and liberty.

A limited number of naval officers of Khulna Naval Area and sailors and civil officers and employees of various ranks were present at the parade due to the Covid-19 outbreak.