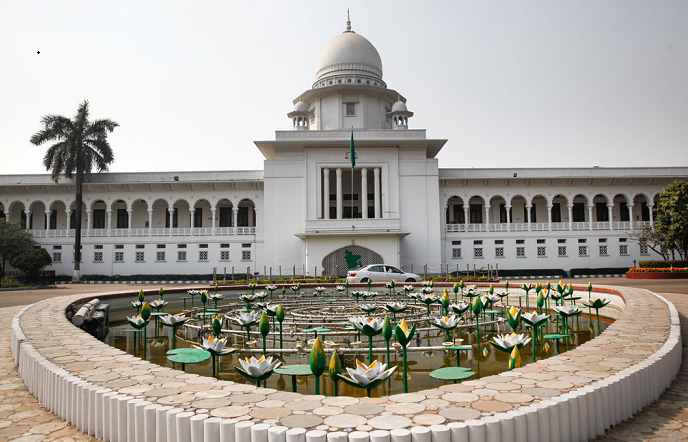 The High Court (HC) ordered to release Minu Akhter, wrongly jailed in June, 2018 who had been languishing in a Chattogram jail instead of another convict since then.

“The court ordered to immediately arrest the real convict Kulsum Akter alias Sumi and summoned the lawyer and appellant who had filed a bail petition for her before the High Court.

The court asked to appear before the court on June 28 and give appropriate explanation,” advocate Mohammad Shishir Monir said.

According to the case documents, an apparel worker Kohinur Begum was murdered on July 9, 2006, in Rahmatganj area in Chattogram and Kulsum Akter of village Majherpara under Lohagara upazila of the district was convicted and sentenced to life imprisonment in absentia by Chattogram 4th Additional Sessions Judge Court on November 30, 2017.

The criminal Kulsum after learned about helpless Minu Akter, who was a widow and was living in a makeshift slum with her three children offered to help her with money, food and asked her to appear before a court on behalf of her.

The helpless and illiterate Minu agreed and surrendered before the court on June 12, 2018, impersonating herself as Kulsum, and was immediately sent to jail to serve her term for the crime, which was totally unknown to her .

After a couple of days, Kulsum too refused to help the three children of Minu. After that Minu told her story to jail authorities.

On March 18, 2021, Chattogram senior jail superintendent Md Shafikul Islam learned about the matter and brought it before the concerned court’s attention.