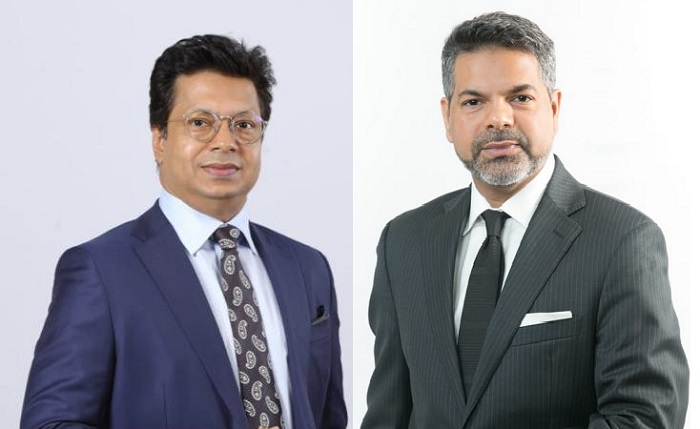 The Board of Directors of City Bank elected its Director Aziz Al Kaiser as the Chairman and Hossain Khaled as the Vice Chairman of the Bank today.

Aziz Al Kaiser is a Sponsor Director of City Bank. He became bank’s Chairman in 2007 for the first time and then again in 2018 for second time. As Chairman, he led the bank’s transformation from a traditional institution to a technology and growth driven one. He played key role in introducing American Express cards in Bangladesh and launching Retail Banking, City Alo Women Banking and opening the brokerage and merchant bank subsidiaries of the bank.

He is also credited with launching Citygem, the Priority Banking arm of City bank and the first International Airport Lounge in private sector for bank’s cardmembers. He also led the bank’s brand logo changeover project in 2008. Recently he played a major role in having the Digital Financial Services launched. Kaiser is a prominent entrepreneur who manages businesses in diverse sectors including manufacturing, service and trading concerns. He is a Director of Partex Star Group and Chairman & MD of several Partex Star Group subsidiaries.  He is also the Chairman of City Bank’s subsidiary in Malaysia - CBL Money Transfer Sdn. Bhd. which has rolled out 12 branches so far. He is also Chairman of the Executive Committee of the bank.

Hossain Khaled is also a Sponsor Director of City Bank. He is a versatile new-age businessperson. He obtained his BBA in Accounting from the University of Toledo, Ohio, and MBA from International Banking from A&M University (TAMU), Texas, USA. Khaled joined the family conglomerate of Anwar Group of Industries in the year 2000. Since then, he has led many group company portfolios and also achieved several milestones, including becoming the youngest President of Dhaka Chamber of Commerce & Industry and also Co-Chairman of Bangladesh Better Business Forum. He was elected as the President of Dhaka Chamber of Commerce & Industry four times (during the year 2007, 2008, 2015, 2016).

He is also the founding President of Entrepreneurs’ Organization (EO) Bangladesh. Khaled is also a Managing Director of Anwar Group. At City Bank, he is a member of the Executive Committee of the Board of Directors and also Convener of the Bank’s Risk Management Committee. He is also the Chairman of City Brokerage Ltd and City Hong Kong Limited.