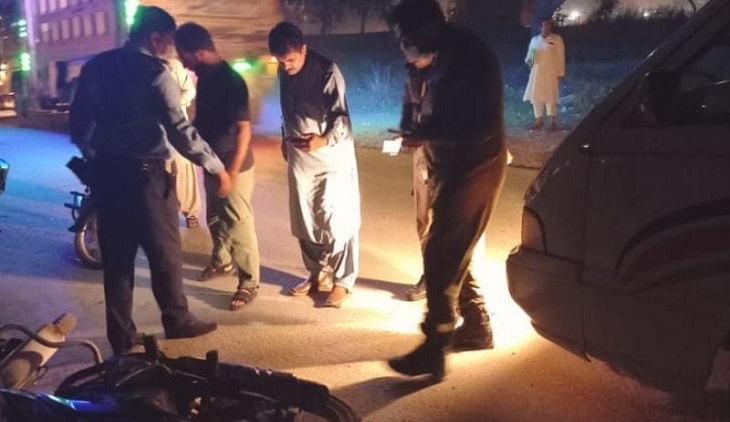 According to police, Constables Ishtiaq Ranjha and Bashir Shah, who were on a routine patrol in Shams Colony on a motorcycle, were shot dead.

A senior police officer said that there were reports of firing in the area, near the Construction Techn­ology and Training Institute on the I.J. Principal Road.

When a police team reached the spot they found the two police officers from Eagle Squad dead, their bodies at some distance from their motorcycle.

Soon after the incident, police rushed to the spot and cordoned off the area.

They also launched a search operation to apprehend the attackers.

The bodies of the policemen were taken to a local hospital for legal procedure, the police officer said.

It was not known how the two policemen were targeted, he added.

Senior Superintendent of Police Dr Mustafa Tanweer told Dawn that police teams were examining the crime scene and looking for clues about the identity of the killers.