The United Nations General Assembly President is ignorant about Kashmir 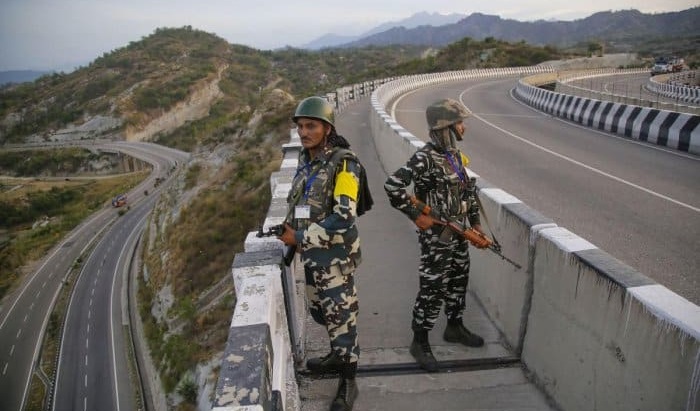 Ignorance seems to have no limits.

Normally one would think that the President of United Nations General Assembly (UNGA) would be well versed with the long standing issues between member countries, but his statement on Kashmir at a press conference on May 29 in Islamabad either betrays his total ignorance of this historical yet bogus dispute between India and Pakistan, or his overwhelming response to the courtesies/hospitalities extended to him in the host State.

A bit of History for Mr. President UNGA:

The Indian National Congress agreed to the partition of the Indian subcontinent on the condition that the Muslim League and its leader, Mohammed Ali Jinnah, accept the division as a final settlement.

There was no question of partitioning the princely states on communal grounds or of determining their accession by that factor. Jinnah had also reiterated that the Lahore Resolution, enunciating the demand for Pakistan, was “only confined to British India”.

Even while the Indian leadership was preoccupied with the task of facilitating integration of hundreds of princely states with the Indian Union, it told Pakistan that it was willing to let go of Kashmir in exchange for Hyderabad-Deccan.

This offer was rejected by Pakistan.

Certain developments arose out of unethical acts of barbarism, sponsored and participated in by Pakistan against the princely state of Jammu and Kashmir (J&K).

These were and are in gross violation of the spirit of partition as it does not allow the choice of accession for the princely states to India or Pakistan.

The Maharaja of the princely state of J&K signed the Instrument of Accession on October 26, 1947 with the Government of India (GoI).

This enabled the Indian armed forces to push back the marauding tribes, aided and guided by the Pakistani army, from the regions they had captured till then.

Yet, on November 1, 1947 India’s first governor-general, Louis Mountbatten, met with the Muslim League’s Mohammad Ali Jinnah at Lahore to propose that a plebiscite be held in all three remaining princely states: Hyderabad, Junagarh, and Kashmir.

The Instrument of Accession conferred legal status on the merger of the J&K state with the Indian Union, in keeping with the Indian National Congress ideal that it is the subjects in the princely states who should decide upon the question of accession.

The above offer was made by Louis Mountbatten to Jinnah, who rejected the proposal.

From the above mentioned historical facts, it is easy to infer that Pakistan’s leadership was not as much interested in having Kashmir as part of Pakistan as it was in ensuring that Indian Union remained fractured and did not stabilize as an integrated whole.

That was the nefarious game of Jinnah and his associates instigated by their venomous minds and it continues to be so.

The Line of Control (LoC) partitioned the erstwhile princely state of J&K into two parts.

One legitimately held by India and the other illegally captured by Pakistan. Pakistan’s illegal occupation is borne out by the fact that it did not allow Maharaja Hari Singh time to decide upon the issue of accession and attacked his kingdom.

Unable to defend his territory, he sought protection from India.

For that to materialize, his kingdom had to be a part of the Indian Union and hence the importance of the Instrument of Accession.

Louis Mountbatten and his masters in the UK and US feared that Mr. Nehru may not stop with expulsion of the raiders from the territory of princely state, but may also enter some areas in Pakistan; therefore Louis was advised to offer Mr. Nehru a ceasefire proposal, alongside taking the issue to the UN.

It took some persuading for Mr. Nehru to agree with Louis Mountbatten.

What is Instrument of Accession?

The Instrument of Accession was a legal document first introduced by the Government of India Act 1935 and used in 1947 to enable each of the rulers of the princely states under British Paramountcy to join one of the new dominions of India or Pakistan.

The instruments of accession executed by the rulers, provided for the accession of states to the Dominion of India (or Pakistan) on three subjects – defence, external affairs and communications.

Article 370 relating to Kashmir provided more or less a similar relationship between India and the J&K state as the Instrument of Accession had between the erstwhile princely state and Indian Union, but it was stated to be a temporary provision.

Without going into the legalities of Art 370, it may be appreciated that by dint of this provision, a special status was granted to J&K by the GoI.

This was totally an internal matter between the Union and her State; it had nothing to do with Pakistan.

Article 370 is not Pakistan Business:

As mentioned, it was an internal matter and the people of J&K benefitted by this special status.

Pakistan may realize that India did not treat J&K as an orphan void of any place in the Constitution of India and to be used only for exploiting its natural resources.

J&K was never a colony of India.

On the other hand, Pakistan has been treating Gilgit Baltistan as a colony to be looted for its natural resources; it has no constitutional place in the State of Pakistan.

The Azad Kashmir is such an unparalleled joke on Earth that its President can’t even sneeze before a nod from Pakistan’s army chief.

So, in no way removal of Art 370 hurts the interests of Pakistan as it was not a signatory to the invocation of the Article.

Then why is Pakistan creating noise in the world forums?

All through its existence, Pakistan has been feeding its generations the history of J&K as concocted by its leaders and Moulvis in Madrasas, and not as documented and dictated by events.

“India-occupied Kashmir” has been the narrative which is not only total falsehood, but also distortion of history. The issue was never Kashmir; it was the princely state of J&K.

Pakistan only talks about Kashmir and not Jammu because its leadership is governed only by poisonous communal politics, the seeds of which were sown by Mr. Jinnah.

Pakistan’s survival is derived from their invention of a Kashmir problem.

Pakistan shouting and screaming in all global forums does not cut any ice as it is known that Pakistan violated UN resolutions and impeded the process of a plebiscite.

The activists in POK unhesitatingly say that the problem of J&K was created by Pakistan and it is she who has been coming in the way of UN monitored plebiscite.

The President UNGA should know the duty of Pakistan:

The President should know that the Shimla Agreement between India and Pakistan superseded the UN resolutions.

It’s a bilateral issue since 1972 and therefore Pakistan need stop wasting time of the international bodies/forums.

Therefore, there is no way Pakistan can bring the issue of Jammu and Kashmir more strongly to the UN; it is not Pakistan’s duty.

What indeed Pakistan’s duty is to work out the details with India on the handing over process of the POK and GB to India in a graceful way.

China has already declared that investments in CPEC are in no way related to Kashmir being a part of India or Pakistan.

The agreement shall hold with the sovereign state of which GB and POK may be a part in near or distant future.

It will stand Pakistan in good stead if it decides to stop misleading the world as it has not helped its cause, even a bit; on the contrary, it has ended up ruing its social fabric and economy and has made it into a vassal state of the USA (as and when desired by the US).

Now it is permanently sitting in the lap of China and exporting hundreds of young girls to China for its survival. It has taken loans from countries like Afghanistan and Palestine.

Pakistan’s best bet and friend can only be India.

Pakistan needs to come out from its communal agenda for its sake.

It may choose to learn from its Religious Guru Saudi Arabia, which is on a path of transforming its world view.

Pakistan must understand that narratives based on falsehoods does not fetch anything worthwhile, and in fact is harmful – but some people/nations never learn from ongoing or historical events and Pakistan is no different.

The writer Mir Junaid is an alumnus of the Law School of Kashmir University. He is a writer and a political activist. He is the president of Jammu Kashmir Workers Party can can be reached on Twitter.