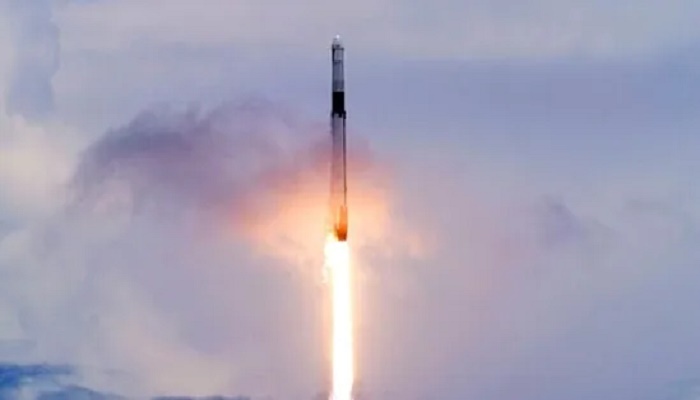 The SpaceX Dragon cargo spacecraft was seen flying into orbital during the daytime on Saturday as it continued towards the International Space Station (ISS) before docking. The National Aeronautics and Space Administration (Nasa) said SpaceX Dragon became the fifth spacecraft currently parked at the space station after it docked autonomously.

Nasa also tweeted a video showing SpaceX Dragon approaching the station. "The SpaceX cargo Dragon flies into orbital daytime as it continues to approach the Space Station for docking this morning," the US space agency tweeted.

Astronauts Shane Kimbrough and Megan McArthur were monitoring docking operations for SpaceX Dragon, Nasa informed in a statement. "This 22nd contracted resupply mission for SpaceX delivers the new ISS Roll-out Solar Arrays (iROSA) to the space station in the trunk of the Dragon spacecraft. The robotic Canadarm2 will extract the arrays and astronauts will install them during spacewalks planned for June 16 and 20," the statement added.

Launched as the 22nd contracted commercial resupply mission on June 3, SpaceX Dragon will spend one month attached to the space station and will return to Earth with cargo and research, Nasa said in the statement.