11 people killed in attack by gunmen in southwest Nigeria 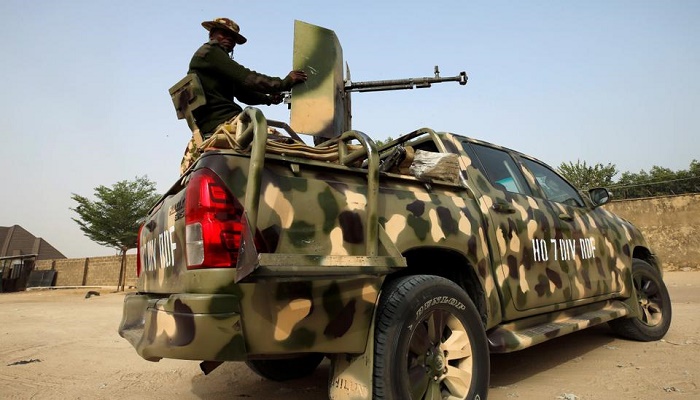 Details of the attack in Igangan in Oyo state late on Saturday were still emerging but parts of Africa's most populous country have been troubled for years by deadly clashes between nomadic herders and local farmers over access to resources.

"On 5th June, 2021 at about 2310hrs (22:10 GMT), suspected armed bandits... invaded Igangan Community in the dead of the night," Oyo state police spokesman Adewale Osifeso said in a statement.

"In the process, eleven persons including some of the assailants were confirmed dead," he added.

A number of buildings including a traditional ruler's palace and vehicles were also burned down.

Police said it deployed units on patrol "to forestall further disintegration of law and order in the area."

Ethnic tensions are not uncommon in Nigeria where more than 250 ethnic and linguistic groups live side by side.

Clashes erupted in nearby Ibadan, the Oyo state capital, back in February, between a group of Yoruba who dominate the region and traders from the Hausa community, who mainly hail from Nigeria's north.

Southern states have seen a surge in intercommunity tensions in recent months over northern Fulani herders who move south for grazing cattle, often putting them in conflict with local farmers.

Fiery rhetoric from some southern officials blaming northern Fulani for a surge in crime and kidnappings in their regions has stoked tensions.

President Muhammadu Buhari has previously warned against using ethnicity for political leverage, but some regional leaders accuse him of not acting decisively because he is himself an ethnic Fulani.

The violence is an additional challenge for the nation's security forces who are battling a more than decade-long jihadist insurgency in the northeast, criminal kidnap gangs in the northwest and a separatist militia in the southeast.