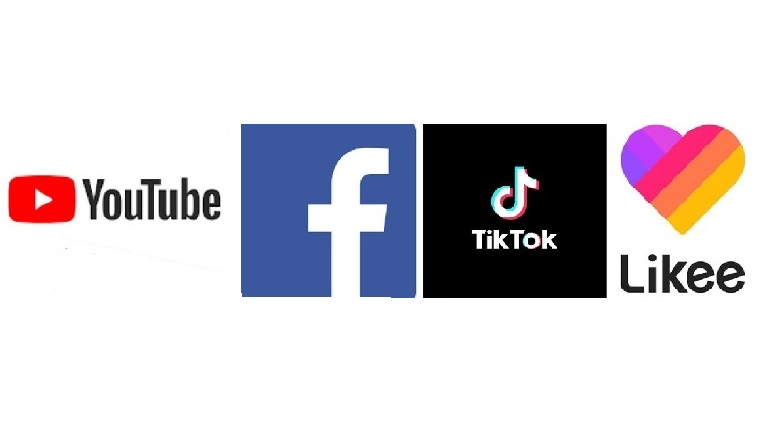 The social media sites like TikTok, Likee, Bigo Live and Facebook have turned into platforms for carrying out various anti-social activities and horrific crimes.

In the name of freedom of speech, a section of people is using social media for character assassination, social humiliation and misleading people through fake information.

Experts have blamed a lack of censorship in social media for mindless and indiscriminate uploading and publishing information, pictures and videos by using fake IDs.

A quarter with vested interests has been carrying out imaginary propagandas against the government and the prime minister over various issues with ill motives.

They used to circulate distorted pictures and videos with fake information and misled people about the government. Such fabricated information is being spread to confuse citizens of the country.

Besides, a section of people uses social media for character assassination of targeted persons. If they have dispute with any organisation or any specific person, they use social media to spread rumours and false propaganda against the person or organisation.

In most cases, they use fake IDs to spread distorted information, pictures and videos but the authorities concerned appear indifferent to taking action to stop misuse of social media.

The government has enacted the Digital Security Act (DSA) in bid to prevent social media or digital media from being used for immoral and unwanted purposes.

Many alleged that people, particularly journalists, are constantly being harassed and tortured by the execution of the Digital Security Act.

Young people are increasingly getting involved in immoral activities and crimes by using various social media and short-video platforms TikTok, Likee and Bigo.

Thousands of teenagers are addicted to becoming celebrities overnight after getting thousands of likes through making short acting videos using TikTok, Likee and Bigo apps on the internet.

Social and Crime Expert Tawohidul Haque told the Daily Sun that “As social discipline and harmony decreases, the young society is presenting itself in a distorted way. They want to be a star on social media by any means, this kind of mentality is being created among the youth.”

“However, we don’t say that TikTok or social media apps running in the country should be shut down. If they are stopped, other types of degradation will emerge,” he said.

“Young people now know a lot about internet. If such apps are closed, it is natural that they will find something else like TikTok and Likee . So those who are committing perverted activities should be brought under law without stopping apps,” he added.

Tawohidul Haque, also the Assistant Professor of Institute of Social Welfare and Research, Dhaka University, said “At the beginning of TikTok, it was not clear what kind of content will be posted in this digital platform. In other words, the opportunity given the users to freely use TikTok was not right. Because we have not yet created a place of responsibility among the users.”

“As a result, TikTok is being used as a distorted medium, which is a manifestation of extreme social and moral decay. However, according to different sections of the law, it is a criminal act to publish any content disrespecting someone. The Ministry of ICT and BTCL can play a role to stop this kind of act.”

According to an observation by Dhaka Metropolitan Police, most of the high-profile murders in the capital over the past three years have been committed by juvenile offenders.

For some time now, it has been speculated that teenage gangs have been getting patronage from godfathers.

As a result, they are mostly involved in drugs and some gang members have been found to have handed over firearms. As a result, juvenile gangs are now as involved in serious crimes as professional criminals.

Sayed Nasirullah, Additional Deputy Commissioner (ADC) of Cyber Crime Investigation, CTTC at Dhaka Metropolitan Police (DMP), said “Bangladesh Police was working on all social media, including TikTok and Likee. After the incident of India, we have given importance to this kind of apps.”

“We have no plan to stop those apps if they run in a healthy way. We will take action if any bad content is found in any digital platform” Sayed Nasirullah added.

“If anyone becomes a victim of defamation or harassment of any kind, inform law enforcement agency immediately. action must be taken against the culprits,” he added.