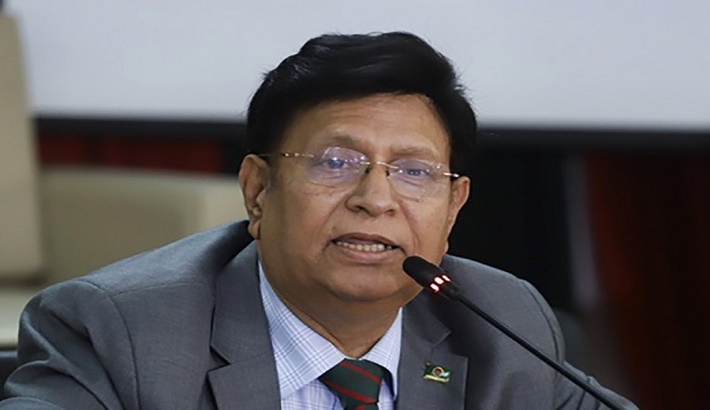 Foreign Minister AK Abdul Momen has said Bangladesh is eager to import five million doses of Sputnik-V corona vaccines from Russia urgently and health ministry is working in this regard.

Momen made the remarks when Ambassador of Russian Federation to Bangladesh Alexander I.    Ignatov made a farewell call on the Foreign Minister on Sunday (June 6).

If get approval, Momen said several Bangladeshi pharmaceutical companies can go for joint production of Covid-19 vaccines in Bangladesh with the Russian companies.

The Foreign Minister sought cooperation from the outgoing envoy to import vaccines from Russia on emergency basis.

Momen also expressed satisfaction over the progress of Rooppur Nuclear Power Plant and highly praised the efficiency of Russian experts and workers engage in the project.

Foreign Minister Momen further said Russian is the trusted friend of Bangladesh and recalled the contribution and cooperation of Russia with gratitude in the 1971 liberation war of Bangladesh. He conveyed thanks to the government and people of Russian.

He further expressed his gratitude to the government of Russia of its contribution to the development of Bangladesh.

mbassador Alexander I. Ignatov thanked the Foreign Minister for extending all-out cooperation during his diplomatic assignment in Bangladesh.

The Russian envoy was appointed as an Ambassador Extraordinary and Plenipotentiary of the Russian Federation to the People's Republic of Bangladesh on February 10, 2016 and is scheduled to depart Bangladesh on June 8 ending his tenure.