Six-point Movement and Creation of Bangladesh 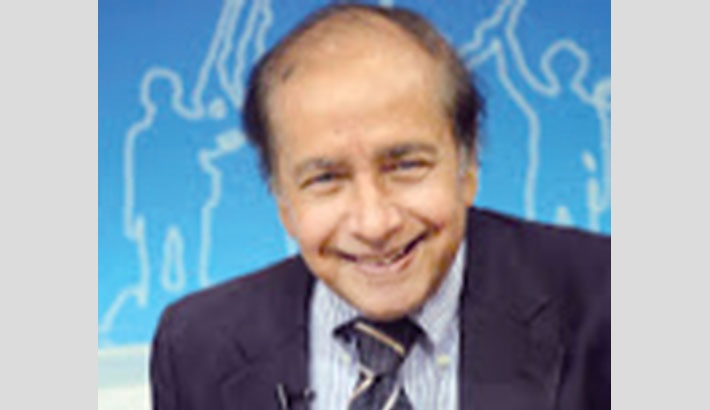 The historic six-point is an unforgettable and significant day in the history of Bangladesh. Sheikh Mujibur Rahman launched his historic six-point political and economic programme in Lahore on February 5, 1966, aiming at attaining greater autonomy for the then East Pakistan in the backdrop of exploitation and discrimination by the Pakistani rulers.

Bangabandhu’s involvement in the movement was to help Suhrawardy and Fazlul Huq to get Pakistan to materialise in reality the Lahore resolution. He was always at hand with Suhrawardy and Fazlul Huq. Bangabandhu from then was worried as to why Jinnah and the Urdu speaking Muslim Leaguers distorted the Lahore Resolution. He started questioning this, he questioned Suhrawardy and Fazlul Huq. None of them had any answer. It was then that the young leader who was growing as a national leader, then later on an international leader, basically decided that this will be only a temporary arrangement. “I will make sure that the Bengalis have an Independent nationhood which in a thousand years has not been possible.”

The great event of his life was when he was in the Constituent Assembly of Pakistan. The question of the State language of Pakistan was debated. The Speaker of the Assembly stated, ‘Urdu will be the State language’. Mujib protested. He supported Dhirendranath Dutta who was the first Bengali to protest it. A few leaders of East Pakistan left the Assembly through the back door! It was a sad day. Two Bengalis were fighting for the cause of East Bengal. The other Bengalis ran away!

In 1961, Comrade Moni Singh organised a secret meeting with Comrade Farhad Hossain, courtesy Tofazzal Hossain Manik Miah. The discussion there was about freedom. The two comrades explained to him that we need freedom. But not now, as the situation is not favourable. Please don't talk about freedom now. The young Sheikh Mujib had not yet become Bangabandhu then. He said, ‘Dada, I will listen to you; but we will not compromise on the question of independence’.

When the Indo-Pak war took place in 1965, Mujib stood tall as a national leader. Sheikh Mujib said, “East Pakistan is undefended” and almost said all that was written in the six-point-program. It was then that Mujib declared the six-point-program on February 5, 1966 in Lahore. The transition from the self-governance of the Bengalis to independence was taking place at that time through the six points programme.

There is a lot to say about the six-point-programme. I will present two things regarding his thoughts. I remember lots of controversy started when we were second year students of Dhaka University. In this context, Professor Mozzafar Ahmed said, "Brother, what do you mean by six-points?" Bangabandhu replied in patois, “Hey Mia, there is only one point, don't you understand?” Then Abdur Razzak, a nucleus leader, came and said that we are secretly thinking of independence from the nucleus. “Why did you talk about autonomy by six points-programme?” Then Bangabandhu put his hand on Razzak's back and said, “I made a bridge to go across.” What a profound thought a person needs to have to say such beautiful words in such a sweet language!

Syed Shamsul Haque worked at BBC. He also asked him the same question, “What do you want by six points?” Bangabandhu then said, “I have three points. How much? When? When will the Pakistanis go?”

The Six Points have been widely acknowledged as the "charter of freedom" for Bengalis and the movement in June 1966 for their implementation was a turning point in Bangladesh's struggle for freedom from Pakistani colonial domination.

I clearly remember December 5, 1969. At the meeting on the occasion of the 6th death anniversary of Hussain Shaheed Suhrawardy, he said that ‘from today the name of this country will be 'Bangladesh'. We young people used to write East Pakistan on paper but used to say privately 'Bangladesh'.

While thinking about the vision of Bangabandhu, I remember French political philosopher Frantz Fanon who said: “Each generation must discover its mission, fulfill it or betray it, in relative opacity.” It means that every generation has the responsibility to decide the way to follow after discovering its mission even in darkness.

As head of mission in Geneva where I was a refugee for nine months, I received Bangabandhu twice in Geneva. Bangabandhu’s conversation went around. He was different from contemporary political leaders in thinking of foreign policy, diplomacy and international relations. He was a visionary leader. He would often say, “Don’t be frustrated. It will be difficult in the initial stage - be it politics or be it economy”. As Friedrich Nietzsche said “If you look at the ravine below, the ravine will soon look at you and swallow you.” Mujib, as it were, was a votary of that thought.

The writer is a former diplomat and Secretary, Ministry of Foreign Affairs