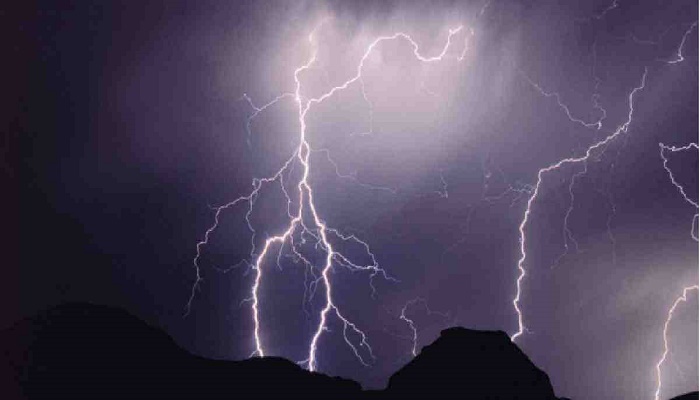 Two children were killed by lightning strike at Alampur village in Bagadana union under Sonagazi upazila of Feni on Sunday morning.

The deceased were identified as Sajeda Akter, 12, daughter of Soleman Mia and Al-Amin, 6, son of Bahar Uddin, both of them hailing from area.

They were students of a local Katakhila Chamadia Dakhil Madrasa.

AKM Ishaq Khokon, chairman of Bagadana Union Parishad (UP), said the tragic accident took place at 11:00pm when a thunderbolt struck on them while they were going to another house, leaving them injured.

Later, their relatives rescued them and took them to Sonagazi Upazila Health Complex where duty doctor declared them dead.

Sonagazi Upazila Health and Family Planning Officer Utpal Das said two children died before they were taken to the hospital.