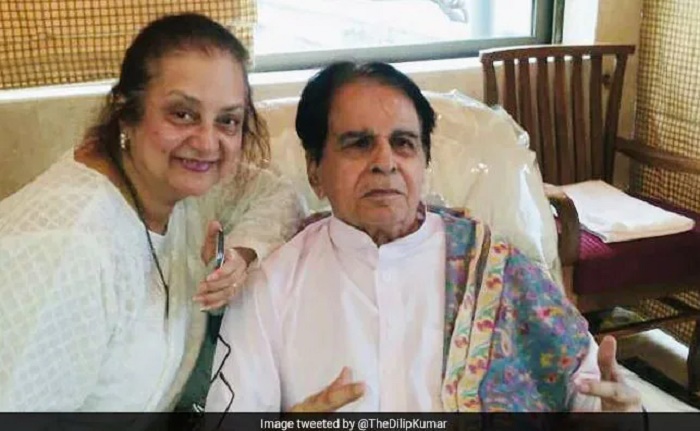 Legendary actor Dilip Kumar has been admitted to Mumbai's Hinduja hospital on Sunday morning after he complained of breathlessness. A tweet from the actor's verified Twitter account, handled by his manager, shared an update on the actor's health.

"Dilip Sahab has been admitted to non-COVID PD Hinduja Hospital Khar for routine tests and investigations. He's had episodes of breathlessness. A team of healthcare workers led by Dr Nitin Gokhale is attending to him. Please keep Sahab in your prayers and please stay safe," read the tweet.

The actor is currently under the care of a team of senior doctors, Cardiologist Dr Nitin Gokhale and Pulmonologist Dr Jalil Parkar, at the hospital. They are closely monitoring his condition. The 98-year-old actor was admitted to the hospital last month as well for his regular health checkup and was discharged two days later.

Before the imposition of the nationwide-lockdown in March last year, actor Dilip Kumar revealed that he and his wife, actress Saira Banu, were under "complete isolation and quarantine" as a precautionary measure against coronavirus. In a separate post, he requested his fans to "stay indoors as much as possible." Saira Banu also shared an update on the legendary actor's health in the form of an audio visual message, in which she said, "Sab kuch theek hai, allah ka shukr hai, aap sab ki dua hai (We have your love. We have your affection and we are so grateful to you and so grateful to God. God is kind, thank you)."

Last year, Dilip Kumar's brothers Ehsan Khan, 90, and Aslam Khan, 88, both COVID-positive, were admitted to Mumbai's Lilavati Hospital for treatment, where they died.

Dilip Kumar is best-known for his performances in classics such as Kohinoor, Mughal-e-Azam, Shakti, Naya Daur and Ram Aur Shyam, to name a few. He was last seen in the 1998 film Qila.