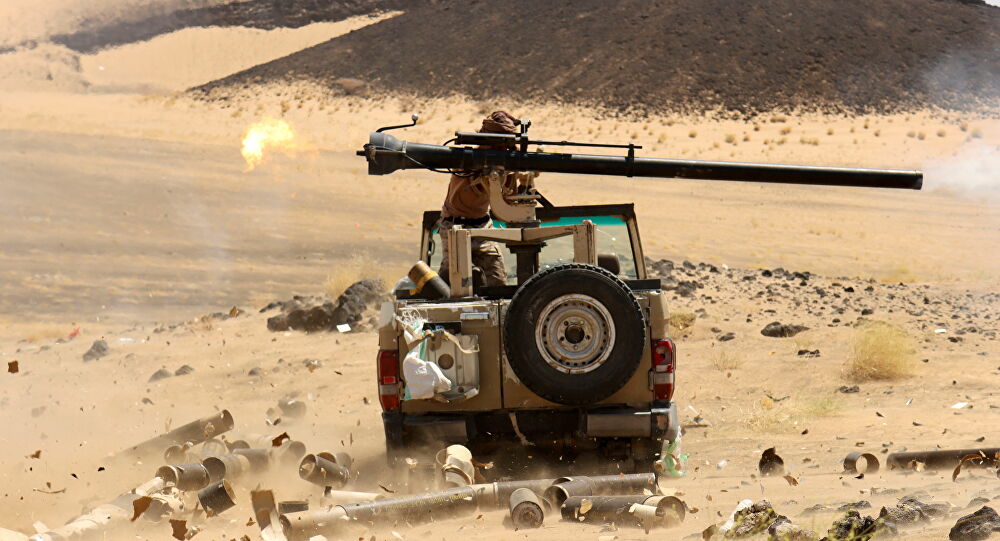 A strike killed 14 civilians Saturday at a petrol station in the Yemeni city of Marib, the government's last northern stronghold, state media said, blaming rebels for the attack.

"The Huthi militias targeted the petrol station where dozens of cars were waiting to fill up, sparking a huge fire in which 14 civilians perished, including a little girl," the Saba news agency said, adding that five people were wounded including a child.

It said a "ballistic missile and a booby-trapped drone" were used in the attack.

A medic in Marib confirmed the toll reported by Saba.

A resident meanwhile told AFP that the petrol station is located near an open-air market and a camp for displaced people, while another resident said that a government military base is also nearby.

Yemeni Information Minister Mouammar al-Eryani denounced the attack on Twitter, calling it a "heinous terrorist crime which amounts to a war crime".

The Huthis rebels launched a fierce offensive in February to seize Marib and its surrounding oil fields -- the last significant pocket of government-held territory in the north.

Heavy battles between the Iran-backed Huthis and forces of the internationally recognised government have exacerbated the Yemen conflict, which the UN calls the world's worst humanitarian crisis.

The attack came as a diplomatic push to secure a ceasefire in Yemen's long war intensifies.

On Saturday an Omani delegation, accompanied by senior Huthi figures, arrived in the rebel-held capital Sanaa to try to convince the Huthis to accept a ceasefire and join the peace efforts, Huthi sources said.

Marib, which lies east of Sanaa, had witnessed relative stability since the war erupted in 2014 when the Huthis seized the capital, becoming a safe haven for hundreds of thousands who fled frontline fighting.

But the escalation of hostilities has displaced thousands in Marib this year, according to the UN refugee agency.

Marib's loss to the Huthis would be a major blow for Yemen's government, which is backed by a Saudi-led coalition, and could unleash a humanitarian disaster for the region's civilians.

In late May the United States announced sanctions against two Huthi commanders who are leading the Marib offensive.

Yemen's years-long conflict has killed tens of thousands of people and pushed millions to the brink of famine.