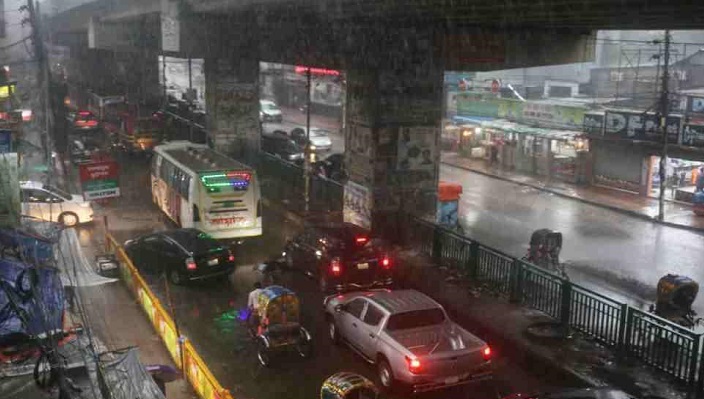 Different parts of the country, including Dhaka, experienced light to moderate showers on Saturday, bringing relief from heat and pains for pedestrians in the capital.

Officials at the Bangladesh Meteorological Department (BMD) 56 millimeters of rain were recorded in the capital from 12pm to 3 pm, sending many city roads under water.

“Moderate rains are likely to continue for a day or two, while incessant rains may start from June 10,” meteorologist Md Omar Faruque told UNB.

Light to moderate rains or thunder showers, accompanied by temporary gusty or squally winds, may occur at many places in Dhaka, Chattogram, Mymensingh and Sylhet divisions, the BMD said in its regular bulletin.

A few places in Rajshahi and Rangpur divisions and one or two places in Khulna and Barishal divisions may also witness moderately heavy to heavy showers in the next 24 hours, the met office said.

The rains are expected to give people in Dhaka, Rajshahi and Khulna divisions further relief from the scorching heat.

Besides, a trough of low lies over West Bengal and the adjoining areas of Bangladesh, extending up to North Bay, the bulletin said.

The day temperature may fall slightly but the night temperature is likely to remain unchanged in the country.