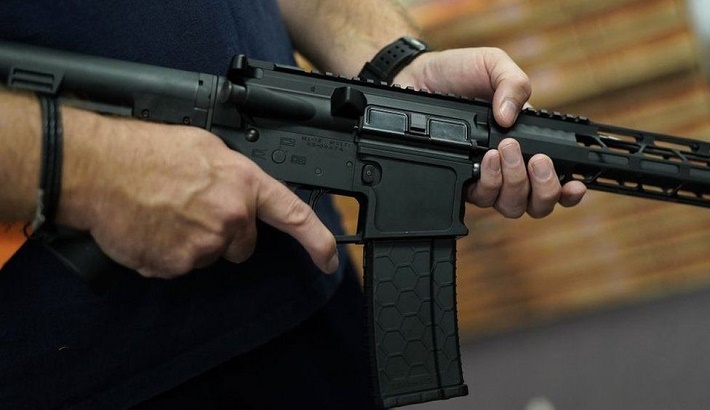 A California judge has overturned the state's ban on assault weapons, describing the popular AR-15 rifle as "good for both home and battle".

Judge Benitez found that the way California defines military-style rifles deprives the state's residents of weapons allowed elsewhere in the US.

Governor Gavin Newsom described the ruling as a threat to public safety.

California Attorney General Rob Bonta said the authorities would appeal against the decision, which the judge suspended for 30 days to allow the appeal to be lodged.

In the opening to his ruling, Judge Benitez wrote: "Like the Swiss Army knife, the popular AR-15 rifle is a perfect combination of home defense weapon and homeland defense equipment. Good for both home and battle."