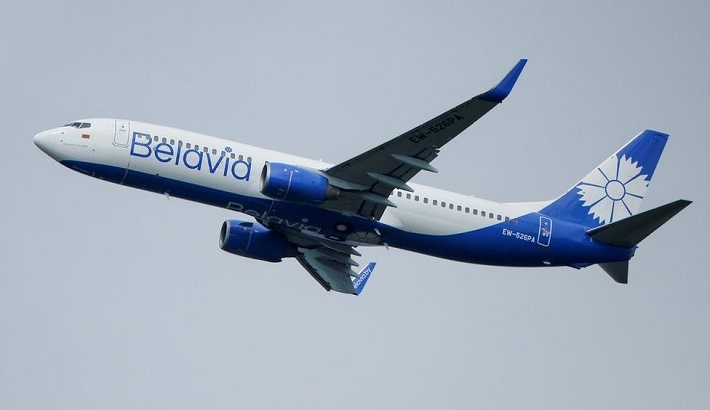 The EU has banned Belarusian planes from its skies or accessing its airports after the forced grounding of a Ryanair flight.

European airlines are also being strongly encouraged to avoid flying over the ex-Soviet country.

EU states are furious at Belarus for forcing a passenger flight to land in Minsk last month and then detaining an opposition journalist who was on board.

Roman Protasevich, 26, was on a flight from Greece to Lithuania on May 23 which was rerouted over a supposed bomb threat.

Protasevich and his girlfriend Sofia Sapega were arrested after the plane was grounded in the Belarusian capital Minsk.

On Friday, the journalist made a tearful TV appearance, admitting that he had organised anti-government protests.

But his family say he was coerced into making the confession, and rights groups said marks on his wrists visible in the interview suggested he had been tortured.