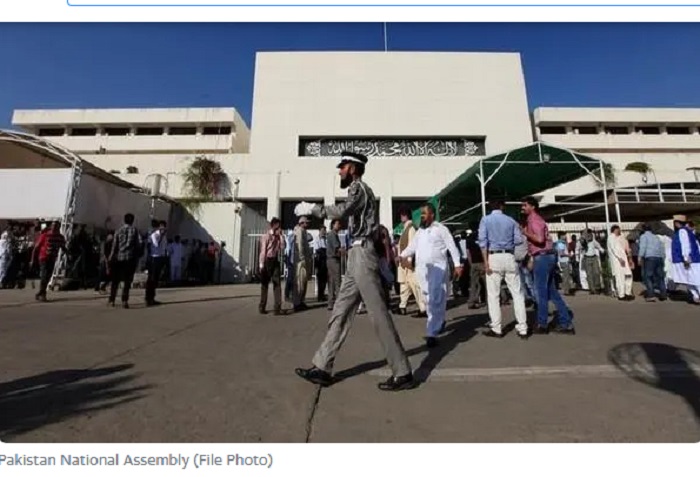 Islamabad [Pakistan], June 3 (ANI): Pakistan Parliamentary Committee on China-Pakistan Economic Corridor (CPEC) on Tuesday observed that the establishment of the Special Economic Zones (SEZs) would be futile, if industries are not installed there timely.

The 37th meeting of the Parliamentary Committee on CPEC held under the chairmanship of Member of National Assembly (MNA) Sher Aftab Ali was informed that issues pertaining to sale and cancellation of plots in SEZs need to be resolved at the earliest so that the process of establishing industries in SEZs could be expedited, reported The Express Tribune.

The committee emphasised on the need to move towards ease of doing business so as to attract massive local and foreign direct investment in Pakistan.

The committee was briefed by additional secretary of Ministry of Planning, secretaries of Ministry of Defence, Board of Investment, Power Division, Petroleum Division, Ministry of Railways and others regarding security measures for projects under CPEC framework, Mainline-1 (ML-1) project with special focus on ET component and updated progress on SEZs, reported The Express Tribune.

It highlighted that quarters concerned should incentivise industries in SEZs in such a way that the SEZs established in Pakistan could compete with other countries in the region.

The committee, while receiving the briefing on security measures for projects under CPEC framework, maintained that issues faced by SEZs in terms of security measures affect businesses, reported The Express Tribune.

The goals envisaged under CPEC cannot be achieved without local ownership therefore issues faced by locals in terms of security arrangements should be resolved at the earliest so that local ownership of CPEC projects could be secured, committee said, reported the Express Tribune.

While passing through security check posts, locals as well tourists should be dealt with politeness and their self-respect should be maintained.

The committee remarked that the world is increasingly moving towards adoption of modern technologies. Adding Electric Traction (ET) component in Mainline-1 (ML-1) project after eight to 10 years would become obsolete and costly.

Given the huge benefit of ET component in ML-1 in terms of its payback, cost and compatibility with environment, "we need to move towards its adoption right from now and upgrade existing infrastructure of project to the electric traction," said the committee.

Meanwhile, the hype created by the Pakistan government by projecting CPEC as a panacea for all problems is rapidly losing steam. Struggling local businessmen lament that Chinese investors are cornering key domestic industries, state assets and businesses to the detriment of Pakistani players and interests.

The creation of jobs for the local youth is an important yardstick for assessing the benefit of any foreign investment in a developing country. However, the CPEC has been a visible failure on this count. (ANI)