Allocation in budget for agriculture 'enough' for Dr Razzaque 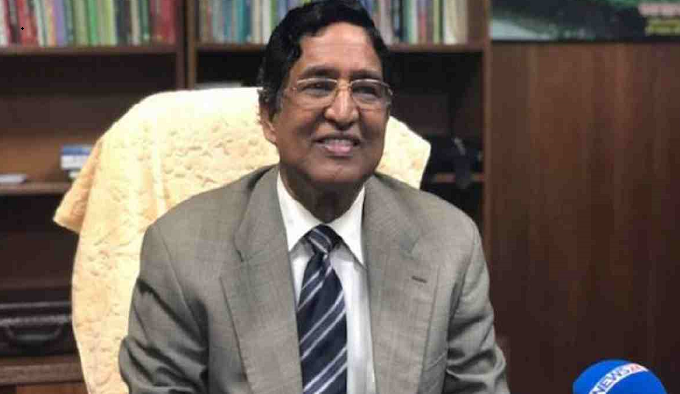 Agriculture Minister Dr Abdur Razzaque on Friday said enough allocation was given for the agriculture sector in the proposed national budget of 2021-22 fiscal year.

“I feel no deficit in the allocation to operate our activities. We’ve been given enough allocation,” he said at a virtual post-budget press conference.

He said the government had given the highest priority to agriculture also during its first tenure after assuming power in 2009.

Abdur Razzaque said the agriculture production has significantly increased. “So, now the goals of the government are to sustain productivity and to boost production further,” he said.

Since Bangladesh attained self-sufficiency in food, now another goal of the government is to expedite agricultural mechanisation and commercialization of agricultural products through promoting food-processing industry in the country, he said.

“The production in all the agricultural sub-sectors went up. Now we’ll go for processing the agricultural products in mills and factories and then supply to local market and export to international market. Such measures have been taken in this budget,” said the Minister.

He said the Agriculture Ministry started implementation of a Tk 3000-crore project for agricultural mechanisation to reduce the production cost amid the high wages of agricultural workers as the farmer don’t make profit in many cases now.

In this budget, Tk 680 crore has been allocated for the project implementation in the upcoming fiscal year, he said.

“The budgetary allocation for agriculture is good enough. There will be no problem with (this allocation),” he said.

If needed, there is an instruction of the Prime Minister to allocate more funds to agriculture from any other sector except health, said the Agriculture Minister.