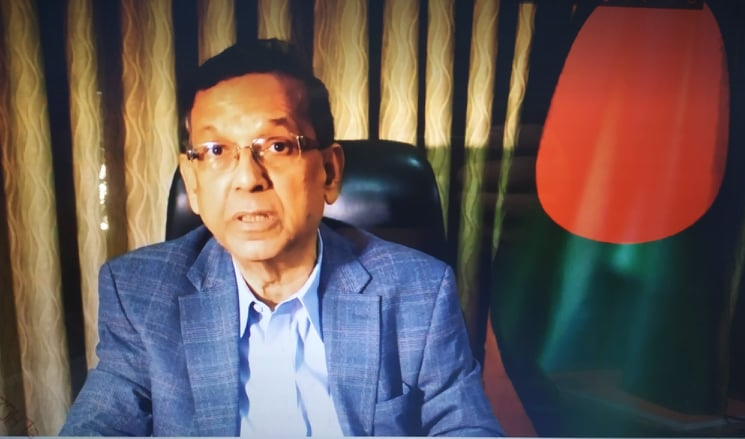 He has said the weaknesses and loopholes of the international corruption prevention structures  must be identified in order to resist the modern corruptions.

At the same time, new and innovative ways will have to be followed to prevent the corruption,  he said.

He said this in a prerecord video statement broadcast for the anti corruption general discussion at the special session of the United Nations General Assembly at night on Thursday (June 3), a law ministry press release said on Friday.

Minister Anisul Huq in his statement emphasised the need for introducing a comprehensive process in the UN system against the corruption.   He said fighting against corruption is very important for implementing the 2030-agenda and sustainable development.

Therefore, an integrated system has be undertaken in the whole society along with all the stakeholders including women and youths in order to combat corruption, he said.   Mentioning the position of Bangladesh in implementing the  United Nations Anti Corruption Convention, Law Minister Anisul Huq said the government has nationally established legal structure including anti-corruption and criminal laws, right to information, whistle blower protection, money laundering prevention and financing to terrorism prevention laws for fighting corruption and other transnational crimes.

Prime Minister Sheikh Hasina led government has already established examples of preventing corruption in the society by putting a number of ministers, members of parliament, government high officials and businessmen before corruption related investigations and trials.

The government is considering the civil society and media as partner to highlight about financial irregularities and corruption at different tiers of the society, Minister Anisul Huq said in his statement, according to the press release.