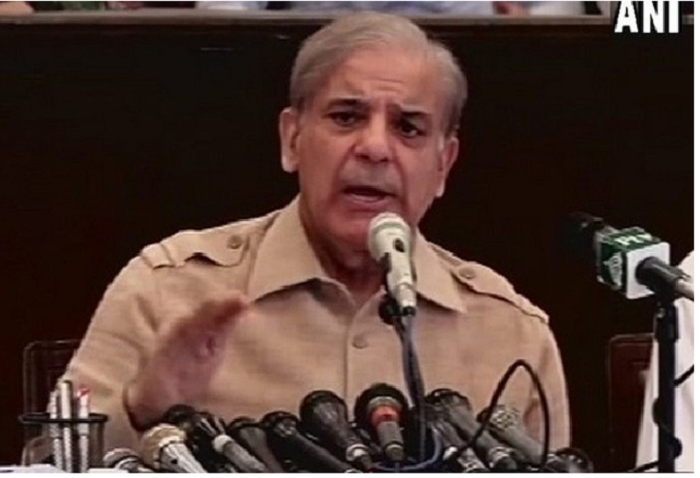 Islamabad, Pakistan: Opposition leader Shehbaz Sharif directed his party members to “expose the government’s dismal and disastrous economic performance”, as the Pakistan government and the opposition continued to trade barbs regarding the country’s prevailing economic situation,
Presiding over a virtual session of Pakistan Muslim League-Nawaz’s (PML-N) Economic Advisory Council, he directed them to review strategies to prevent the passage of “anti-people budget” by the ruling Pakistan Tehreek-e-Insaf (PTI), Dawn reported.

He also asked the members to highlight the serious crisis faced by the people of Pakistan due to the skyrocketing inflation, record unemployment and economic destruction of the country because of the PTI’s disastrous policies.

The government might change the statistics by lying, but that won’t change the ground realities of the economy clearly visible to everyone, he said.

Shehbaz also asserted that the PML-N would not allow the demands of the International Monetary Fund (IMF) to be imposed on the people in the name of budget and that every effort should be made to block the passage of the budget.

Dawn reported that the federal minister for information and broadcasting Fawad Chaudhry, through a series of tweets, defended the Imran Khan government’s policies and targeted the opposition on economic ruin and widespread protests.

Responding to the minister’s tweets, PML-N secretary information Marriyum Aurangzeb in a statement challenged Prime Minister Khan to issue a comparison of economic indicators for the year 2018 and the present one.

She further said “the incompetent and lying PTI government” had destroyed the economy and now “shamelessly tweeted lies to cover up the disaster it had committed”.

“These lies won’t fix the economic crisis created by this government,” she remarked, adding that the PTI regime was unable to match the economic progress under PML-N government.

“This PTI government didn’t even meet its current year’s target of Rs 4,500bn tax collection. Who are they trying to fool by setting up a target of 5.8 trillion,” she further asked.

Pakistan’s economy is in dire condition and the ongoing COVID-19 pandemic has further affected the economic growth. The World Bank recently set tough conditions for USD 1.5 billion lendings such as an increase in electricity rates, introduction of new power and tax policies, putting the Imran Khan-led government in a tight spot that is already seeking a review of the IMF deal.