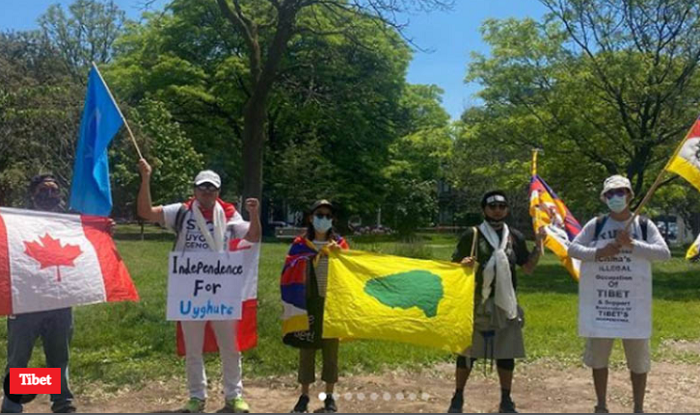 Sunny Sonam, the vice president of the Regional Tibetan Youth Congress in Canada, participated in a  10-day march to protest against China’s occupation of Tibet, media reports said.

Sonam commenced his march from the Rainbow Bridge at the US-Canada border to the Chinese consulate.

He and the other protesters also raised slogans of ‘Free Tibet! China out!” and “Free Hong Kong!”