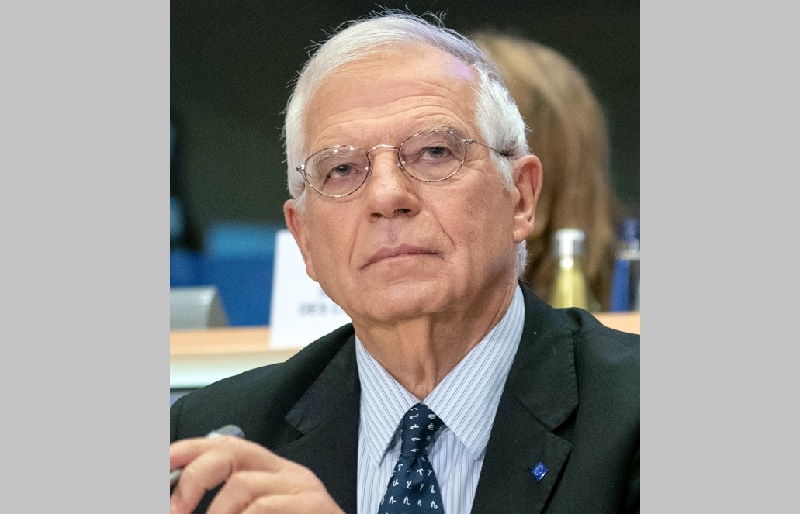 EU foreign policy chief Josep Borrell has said the Indo-Pacific is a dynamic region and it is becoming the world’s centre of gravity, both in geo-economic and geo-political terms.

He said the Indo Pacific region is also the future, but insecurity and tensions are rising, threatening the order and balance of this dynamic region.

“The key point to make here is that economic growth of this region rests on openness, on stable and shared rules, and shared security,” Josep Borrell, the EU's High Representative for foreign affairs and security policy, made the remarks while sharing the EU approach to the Indo-Pacific at the Centre for Strategic and International Studies (CSIS) in Jakarta on Thursday (June 3).

He said the EU have significant stakes in the region and it is the top investor and development assistance provider for the Indo-Pacific and one of its biggest trading partners.

The Indo-Pacific creates 60 percent of global GDP and two-thirds of global growth. It is the second largest destination for EU exports; and home to four out of the top ten EU trading partners, said the EU in a statement issued in Jakarta.

By 2030, the overwhelming majority (90%) of the 2.4 billion new members of the middle class will come from this region, reads the statement.

However, the EU foreign policy chief said, amid all this dynamism, the regional stability is increasingly challenged: maritime and land disputes, internal crises and conflicts, and the US-China geo-political competition is intensifying.

“We see the consequences around the world, but most sharply in this region. A clear sign is the strong regional military build-up.”

Borrel said the Indo-Pacific’s share of global military spending increased from 20% in 2009 to 28% in 2019 and is rising further. “That means countries in this region are investing heavily in their militaries, as they are not sure what the future holds. It is a sign of a worsening regional security landscape.”

In regards to Covid-19 pandemnic, the EU High Representative said they favour vaccine multilateralism and believe that COVAX is the best way to ensure the access to vaccines by low and middle-income partner countries in this region. “We put our money where our mouth is, and the EU is now the second largest contributor to COVAX with over EUR 2.4 billion.”

In addition, “we are world’s largest exporter of vaccines. With over 240 million doses, we have exported around half of our production to 90 countries.”

In the efforts to globally fight the pandemic, Borrel, who is also the EU Vice President, said they deliberately chose a different path from others. “We do not offer preferential treatment, nor do we seek political favours in return. Instead, we look for concrete cooperation, including with ASEAN.”

Just last week, we organised our second expert dialogue on vaccines with ASEAN on research, manufacturing and vaccine roll-out.

Speaking about the EU’s Indo-Pacific strategy, the EU foreign policy chief said the EU wants to expand engagement with this region, which is why the 27 EU Foreign Ministers recently adopted a new EU Strategy for Cooperation in the Indo-Pacific, after several EU member states had already done so at national level.

The basic message is that the EU will work with its partners in the Indo-Pacific to respond to emerging dynamics that are affecting regional stability. “Our approach is by the way very close to ASEAN’s own Outlook on the Indo-Pacific.”

Concretely, he said the EU will advance joint work to boost, trade and investment, economic openness and a sustainable approach to connectivity. The EU will promote multilateral cooperation, working on global challenges, from the pandemic to climate, from ocean governance to digital, Borrell added.

He said their new strategy aims to deepen regional integration and is inclusive for all our partners in the region, wishing to cooperate with the EU when our interests coincide.

“This includes China because we know that in important areas, like climate, fisheries and biodiversity, its cooperation is essential,” Borrell said and added that they do not aim to create rival blocs or force countries to take sides, and want to deepen they cooperation with democratic, like-minded partners.

“The European Union’s commitment to democratic rights and fundamental freedoms is very strong. Not because we see these as European or Western constructs. But because these values and principles are universal,” he said.