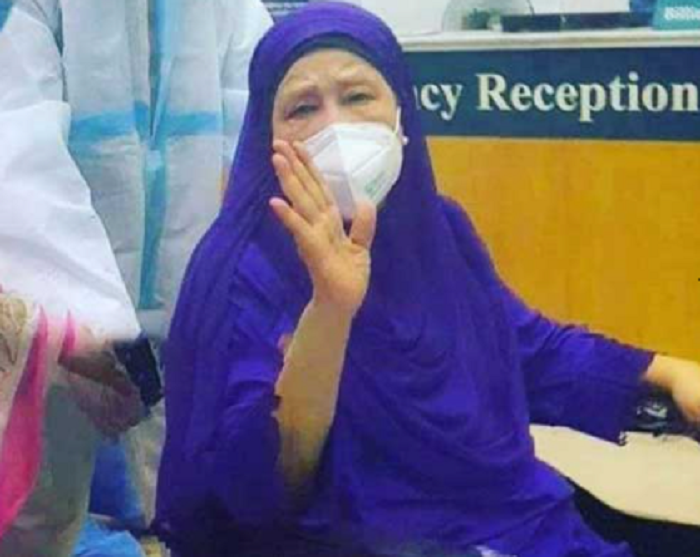 Though BNP Chairperson Khaleda Zia was taken back to a cabin from the Coronary Care Unit (CCU) of Evercare Hospital, she is still not out of health risk, BNP Secretary General Mirza Fakhrul Islam Alamgir said on Friday.

“Madam (Khaleda) was shifted to a special cabin yesterday (Thursday), but she has not yet recovered. It can be said that she’s still in a hazardous and vulnerable condition,” he said.

Speaking at a press conference, Fakhrul said, “Her (Khaleda’s) heart, kidneys and lungs are at risk, though she doesn’t have any lung infection. Still, she has heart and kidney problems.”

BNP arranged the press conference to give its official reaction to the proposed national budget for fiscal year 2021-22.

Fakhrul said Khaleda was affected by some post-Covid reactions while staying in the CCU for a long time. “A reaction was dangerous as she had some infections in her blood."

The BNP leader said the doctors moved the BNP chief to a special cabin as there is a high risk of infection at the CCU.

On Thursday, Khaleda was taken back to a cabin from the CCU of the hospital after a month of treatment there.

The BNP chairperson is being given treatment for post-Covid complications with CCU facilities in the cabin.

The 76-year-old BNP chief, who tested positive for Covid-19 on April 11, was admitted to Evercare Hospital on April 27.

She was shifted to the CCU of the hospital with shortness of breath on May 3.

She tested negative for Covid-19 on May 8, 27 days after she had been infected with the deadly virus, but the BNP chief has still been suffering from post-Covid complications.