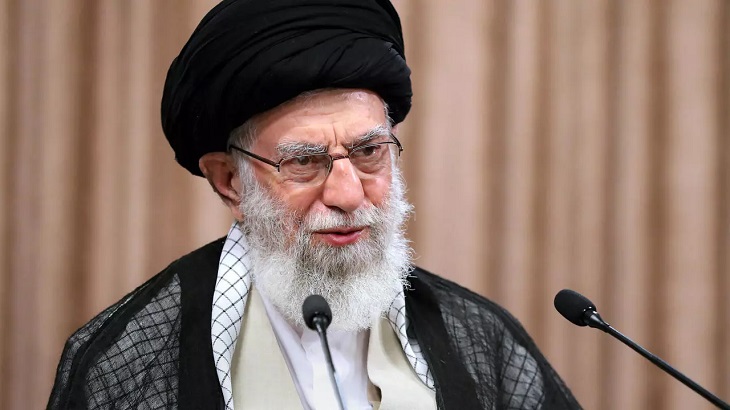 Iran's supreme leader Friday urged voters to turn out for this month's presidential election, warning that staying away would mean doing the work of the "enemies of Islam".

Iranians are set to elect a successor to President Hassan Rouhani on June 18 amid widespread discontent over a deep economic and social crisis.

"Some want to give up the duty to participate in the election with absurd reasons," Khamenei said, in a televised speech.

The presidential election campaign kicked off on May 28, without fanfare and in an atmosphere of indifference, as many say the result is a foregone conclusion.

Khamenei last week made similar calls urging people not to heed calls to boycott the poll.

The opposition based outside Iran is running a campaign on social media networks calling for people to stay away from the polls, using hashtags in Farsi such as #NototheIslamicRepublic.

"It has been said that some people are reluctant to go to the ballot box due to the pressures on their livelihoods, which we all know and experience," Khamenei said, adding that such problems are solved "by making the right choice, not by not choosing".

He also quoted the Islamic republic's late founder, Ayatollah Ruhollah Khomeini, saying that, under certain circumstances, to abstain from voting is "one of the worst deadly sins".

Iran's conservative-dominated Guardian Council approved seven candidates -- five ultraconservative and two reformists -- to run from a field of about 600 hopefuls.

Ultraconservative judiciary chief Ebrahim Raisi, who took 38 percent of the vote in the 2017 presidential election, is widely seen as a favourite.

Rouhani, who is constitutionally barred from running for a third consecutive term, has warned of the risk of low turnout.

A record 57 percent of Iranians stayed away from parliamentary elections in February last year in which thousands of candidates, many of them moderates and reformists, were barred from running.

The election comes at a critical time amid talks with world powers aimed at reviving a 2015 nuclear deal that offered sanctions relief in return for Iran's agreement to tight controls on its nuclear programme.

The accord has been on life support since then-US president Donald Trump unilaterally withdrew from it in 2018, and reimposed crippling sanctions.