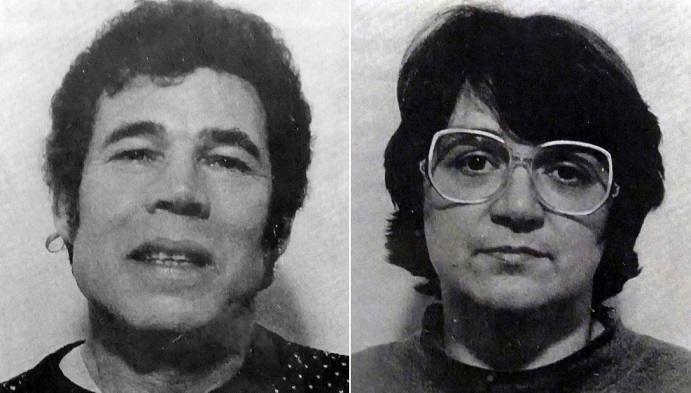 Police excavations at a cafe in the quiet English city of Gloucester revived a half-century-old puzzle: What happened to Mary Bastholm, a carefree 15-year-old girl who went missing in 1968.

The teenager has long been feared to be among the victims murdered by Fred West, but her body has never been found.

West and his wife Rosemary, who met the following year, would go on to become Britain's worst serial killer couple.

A week-long dig, at the Clean Plate cafe in the heart of the historic city, resulted in the discovery of "no human remains or items of significance" according to police; but the search has stirred up painful memories.
More than 25 years have passed since the UK was shocked by the grim discovery of multiple sets of human remains in what had appeared to be a nondescript family home in Gloucester. But too many questions remain unanswered for the public's fascination with the case to end, or for the city to rest easy.

Fred West was charged with 12 counts of murder, though there have long been suspicions that other young women and girls were abducted, tortured, sexually abused and killed by the Wests. Fred killed himself age 53 before he could stand trial, taking many secrets to his grave.

Rosemary, known as Rose, was convicted on 10 counts of murder in November 1995; she will remain in prison until she dies. She has always protested her innocence and has revealed nothing about the case over the years.

Adding to the horror is that those killed include family members: Charmaine West, Fred's 8-year-old stepdaughter from his first marriage to Catherine "Rena" Costello, and Heather West, 16, his eldest child with Rosemary.

It was Heather's death in 1987 -- believed to be the final murder carried out by the pair -- that was to lead police to uncovering the mutilated remains of victims at four different sites in the following decade.

What many still wonder is how the killers got away with it for so long.
Most of the couple's victims were killed in the 1970s. But it was only in August 1992, when the Wests' five remaining children were taken into local authority care because of child abuse allegations against their parents, that "the whole dreadful, murky business started to unravel," Leo Goatley, a Gloucester-based solicitor who represented Rose West from 1992 until 2004, told CNN.

It was a history "that went back over decades and involved the abduction, sado-masochistic torture and binding of innocent young women, who were then murdered and dismembered and their bodies buried," said Goatley, author of the book "Understanding Fred and Rose West: Noose, Lamella and the Gilded Cage."
"It had and continues to have an enormous impact on the people of Gloucester. It's a cloud over the ancient city."

Heather West had last been seen on June 19, 1987, but she was never reported missing to police. Over the course of months, social workers caring for her five siblings began to take note of their repeated -- though reportedly offhand -- mentions of the "family joke" that their sister was buried under the patio. In summer 1993, the police were told of these concerns.

Six months later -- having found no trace of Heather alive -- officers from the Gloucestershire Constabulary obtained a warrant to search 25 Cromwell Street, the Wests' family home since 1972.

Fred West at first claimed he had seen Heather recently. But a day later, on February 25, 1994, he admitted to killing her, according to a police timeline of events. He and Rose were arrested the same day.

As police questioning continued -- with Fred repeatedly changing his story and Rose denying any knowledge -- investigators uncovered a femur in the garden. When a pathologist then found two more femurs under the patio, later identified as belonging to Heather, police knew they could have multiple murders on their hands.
Fred confessed on February 26 to killing two more women, one named Shirley Robinson, 18, and another subsequently identified by police as Alison Chambers, 16. The remains of both were later found in the garden.

On March 4, West passed a handwritten note to his solicitor saying: "I wish to admit to a further (approx) nine killings expressly Charmaine, Rena, Lynda Gough and others to be identified."

Within hours, West had been taken back to 25 Cromwell Street by police, where he pointed out spots where more bodies had been concealed.

Remains later identified as those of Swiss student Therese Siegenthaler, 21, Shirley Hubbard, 15, Lucy Partington, 21, Juanita Mott, 18, and 15-year-old Carole Ann "Caz" Cooper were subsequently found in the basement of the house. The remains of Lynda Gough, 19, were uncovered in the bathroom area.

Over the course of 11 fevered days, nine victims had been found in one drab end-of-terrace family home.
And as investigators dug, newspaper reports and live TV broadcasts kept a repulsed but fascinated public abreast of every move.