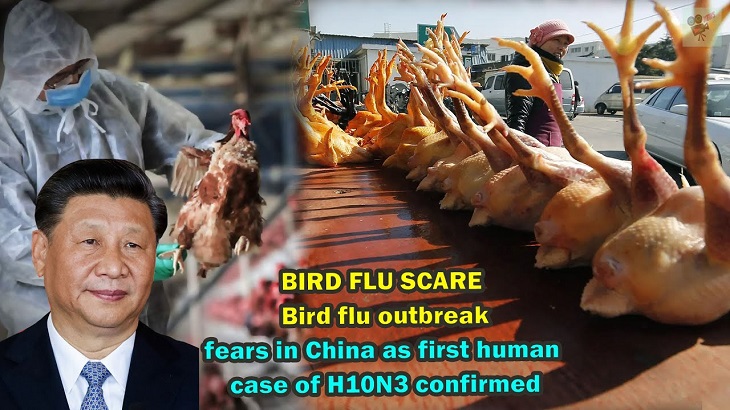 CHINA has confirmed the world's first human case of the H10N3 bird flu.

A 41-year-old man, from the eastern city of Zhenjiang, developed a fever and other symptoms and was hospitalised on April 28, according to China's National Health Commission.

He was then diagnosed with the H10N3 strain of bird flu on May 28 - but is in a stable condition and is set to be discharged from the hospital.

Health officials reassured the public that: "the risk of large-scale transmission is low."

None of the 41-year-old's close contacts have contracted the flu, the NHC added, while explaining "H10N3 is a low pathogenic, or relatively less severe, strain of the virus in poultry."

Tests showed the virus was of avian origin - but there have been no substantial infections of bird flu since the H7N9 killed around 300 people in 2016.

The strain is "not a very common virus," according to Filip Claes, regional laboratory coordinator of the Food and Agriculture Organization's Emergency Centre for Transboundary Animal Diseases.

He said there have only been approximately 160 isolated of the virus reported over the course of 40 years.

It is mostly found in wild birds or waterfowl in Asia and a few areas of North America, but none had been detected in chickens so far, Claes explained.

The genetic data of the virus will be analysed to determine if it mirrors any older contagions or if it is a mixture of a number of viruses.

It is the first reported case of human infection with H10N3 globally, the NHC said.

This comes after the Covid-19 pandemic, which is believed to have started in China, that has killed about 3.55 million people around the world.

The country has been urged to remain transparent about the H10N3 outbreak amid claims of cover-ups throughout the pandemic.