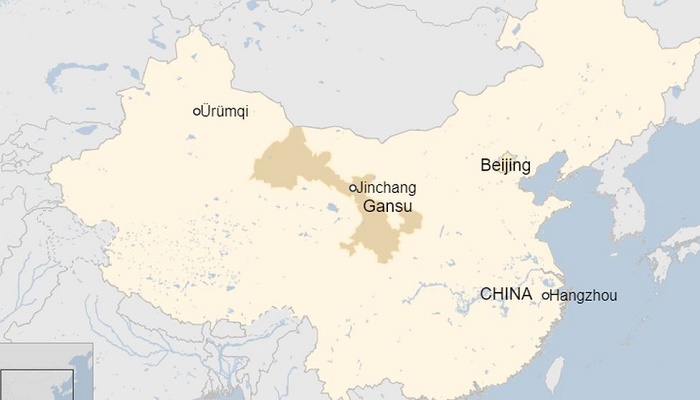 Nine people were killed in a railway accident early Friday morning in China's Gansu province, when a train rammed into on-site workers.

The train, which was on route from Urumqi to Hangzhou, crashed into railway workers at around 05:25 on Friday (21:25 GMT) in Jinchang city, local authorities said.

Medical and emergency teams have been deployed to carry out rescue efforts.

But Chinese netizens are questioning how the accident could have happened.

"If the workers were carrying out maintenance work, then the train drivers should have known about it. How could this have happened? That's nine lives gone!", someone wrote on microblogging platform Weibo.

Another person demanded accountability: "Who is responsible and what has he been doing?"